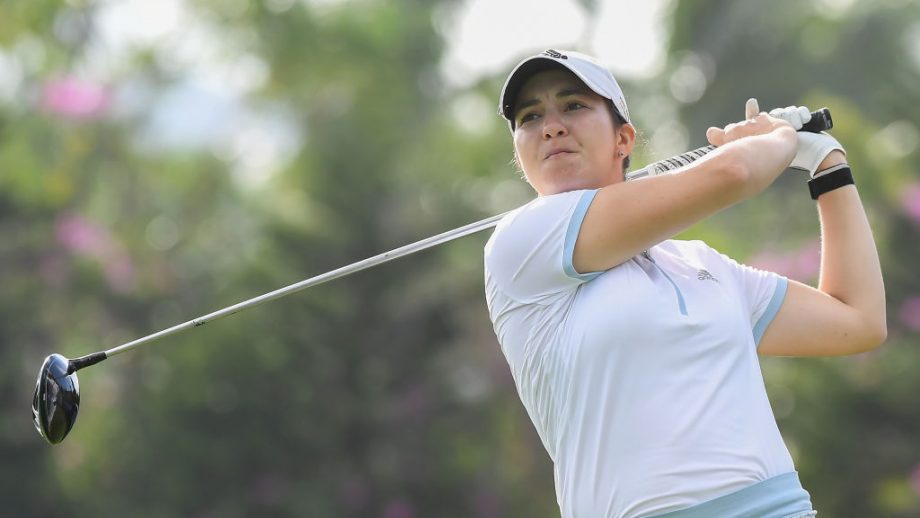 GREENSBORO, N.C. – Coming into the first round, Sophia Schubert was No. 9 in the Race for the Card. She had already claimed eight top-10 finishes, five of which came in the last five events, but a win could help her do it all.

Playing the last 18 holes with Fatima Fernandez Cano, who has already clinched her card, as well as Amanda Doherty, who entered the week at No. 10, competition was high all day long. Fernandez Cano and Schubert dialed throughout the day and both birdied No. 18 to finish at -18 and head to a playoff. Three playoff holes later, Schubert rolled in an eagle putt to win a trophy, a check, her first win and clinch her spot in the Race for the Card top 10.

“I have so many emotions right now and I’m just so happy and so grateful to have been in this position this week. I’ve worked really hard leading up to this season and I had a lot of expectations for myself, I was able to accomplish all of my goals this year and so I’m just really happy,” said Schubert. “I wouldn’t have been able to do without my support team back home my family my friends my coaches trainer sponsors and I’m just so so grateful I think is the biggest thing I’ve worked really hard for this and just to finally be able to have it not only a win but also get my LPGA card just means so much.”

The University of Texas alumna can now add professional winner to her resume along with 2017 U.S. Women’s Amateur champion and 2018 Curtis Cup and Arnold Palmer champion. But even prior to nationwide amateur events, Schubert started her career as a little girl and participated in the LPGA-USGA Girls Golf program. When she saw 2020 U.S. Kids World champion Adelyn Rosago and Autumn Solesbee with all eyes on her, Schubert’s career came full circle right in front of her eyes.

“I can remember when I was their age out there watching and we would go to professional events and I’d always say I want to be out there one day it was always a dream of mine since I was 4 or 5 years old,” said Schubert. “I don’t think it’s sunk in yet that I’m actually there now but to be able to see them and talk to them just brought back so many memories.”

Determined to tie a bow on the season with a win, Fernandez Cano was frustrated with today’s outcome. Despite the loss, she was happy to see a fellow competitor claim her spot and join her in this year’s graduating class from the Symetra Tour.

“It is frustrating, but it was good. I honestly was playing really well. I gave myself I think the first 7 holes I had it maybe 4 or 5 inside 6 feet that I just couldn’t make so that was kind of frustrating, but I stayed with it,” said Fernandez Cano. “I was so close, but it just wasn’t for me out there. I am really happy for Sophia; I mean she is clearly a really good player and she had a great day out there today.”

With only one tournament left for the season and four spots left to claim in the top 10 of the Race for the Card, take a look at the current standings:

ABOUT THE SYMETRA TOUR

The Symetra Tour is the official qualifying tour of the LPGA Tour and enters its 41st competitive season in 2021. With the support of entitlement partner Symetra, the Tour’s mission is to prepare the world’s best young women professional golfers for a successful career on the LPGA Tour. Since Symetra’s inaugural sponsorship year in 2012, the Symetra Tour has grown from 16 tournaments and $1.7 million in prize money to $4.0 million in prize money awarded in 2019 and 2021. With more than 600 alumnae moving on to the LPGA, former Symetra Tour players have won a total of 445 LPGA titles. Follow the Symetra Tour on the web at www.SymetraTour.com, as well as Facebook.com/Road2LPGA, Twitter.com/Road2LPGA and Instagram @road2lpga.