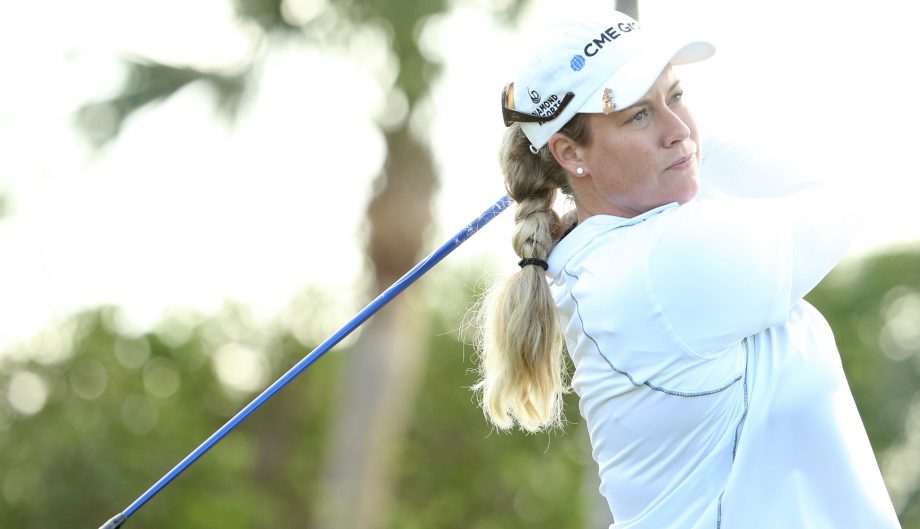 PARADISE ISLAND, Bahamas – Lincicome played a six-hole stretch at Ocean Club in 6 under, capping the run with an eagle on the par-5 seventh hole. She added birdies on 11, 14 and 15, and had only 24 putts _ the first a 30-footer for par on No. 1.

“Putting, I have no idea,” Lincicome said. “We play, we play little games with my husband or friends or whoever, but it’s not like I go to the putting green and work on it for hours. Like it’s just one of those things, hit or miss. Like I had a par save on 16, I did it cross-handed. I putted the last little 2-footer in cross-handed. Just whatever I kind of feel, I just do it.”

The 31-year-old American won the 2015 ANA Inspiration for her second victory in the major and the last of her six LPGA Tour titles. She had the eagle and three birdies on the first four par-5 holes, then settled for a par on the par-5 18th.

“I was making everything _ 30-footers, 10-footers, 5-footers. It was a pretty easy day,” Lincicome said. “I didn’t really have to make too many par saves, which was nice. And would have loved to have had a 4 on that last hole to have no 5s on the scorecard.”

U.S. Solheim Cup teammate Stacy Lewis was two strokes back along with Megan Khang and P.K. Kongkraphan. Lewis is winless since June 2014.

Gerina Piller was at 67 with Celine Herbin and Simin Feng.

Second-ranked Ariya Jutanugarn had a 75. She won five times last season and took the LPGA Tour player of the year award. Top-ranked Lydia Ko is skipping the tournament.

Fifth-ranked Lexi Thompson opened with a 69, and U.S. Solheim Cup captain Juli Inkster had a 70 to start her 35th season on the LPGA Tour.

Defending champion Hyo Joo Kim shot 71, Canadian star Brooke Henderson closed with a bogey for a 72, and Michelle Wie had a 73.