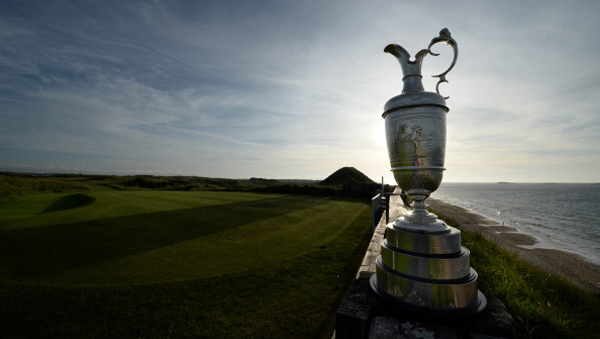 For the first time in more than 60 years, the British Open is headed across the Irish Sea.

The R&A announced Monday that golf’s oldest championship will return to Royal Portrush in Northern Ireland for the first time since Max Faulkner won in 1951. That was the only time it was held outside Scotland or England since the Open began in 1860.

“We have every confidence Royal Portrush will prove to be an excellent venue in every way,” R&A chief executive Peter Dawson said. “There is passionate support in Northern Ireland and we expect there will be huge interest.”

Dawson said it was the “worst-kept secret,” although one mystery remains – the year.

To bring the links course up to modern standards of a major championship, the R&A has recommended using the golf architecture firm Mackenzie & Ebert to create new 17th and 18th holes. Royal Portrush club members would have to sign off on the proposal, though that is likely to be a formality.

The next available date is 2019. Dawson said it could be “a year or two longer than that.”

“It has been more than 60 years since the Open was played here, and it’s been too long,” Dawson said. “And we’re very excited to be coming back.”

For years, there has been a quiet push to bring the Open back to Portrush and the movement picked up momentum with the success of three players from Northern Ireland. Graeme McDowell won the 2010 U.S. Open at Pebble Beach. Darren Clarke captured the British Open a year later at Royal St. George’s. Rory McIlroy won the U.S. Open in 2011 and then the PGA Championship in 2012.

Throw in Padraig Harrington, and Irish golfers won seven of 22 majors during one stretch.

What really caught Dawson’s attention was when Royal Portrush staged a wildly successful Irish Open in 2012, which attracted some 130,000 fans for the week. And then Martin Ebert suggested the right changes to the links course to make it all work.

More than just a golf course, the Open now requires room for such amenities as a television compound and a tented village. Dawson said the R&A would be investing several million pounds (dollars), without giving a more detailed estimate.

“No Open venue is immune from the march of time,” he said. “They all move and they all have to keep up. This isn’t any different from that, except that it hasn’t had an Open for a long time.”

Portrush also has held the Senior British Open six times, and is hosting the British Amateur this week.

The British Open this year is being played at Royal Liverpool in Hoylake, which had gone 39 years until it returned to the rotation in 2006 with a popular win by Tiger Woods. Turnberry off the Ayrshire coast in Scotland went 17 years without an Open, despite a history that include the famous “Duel in the Sun” between Tom Watson and Jack Nicklaus. That required work on the roads to alleviate traffic.

Dawson said the work involved to get Royal Portrush in shape for an Open “is a little bit more.”

“That perhaps reflects the time gap,” he said. “It’s over 60 years since the championship has been here. The requirements of a modern championship are very different from what they were then. But it’s something that’s manageable.”