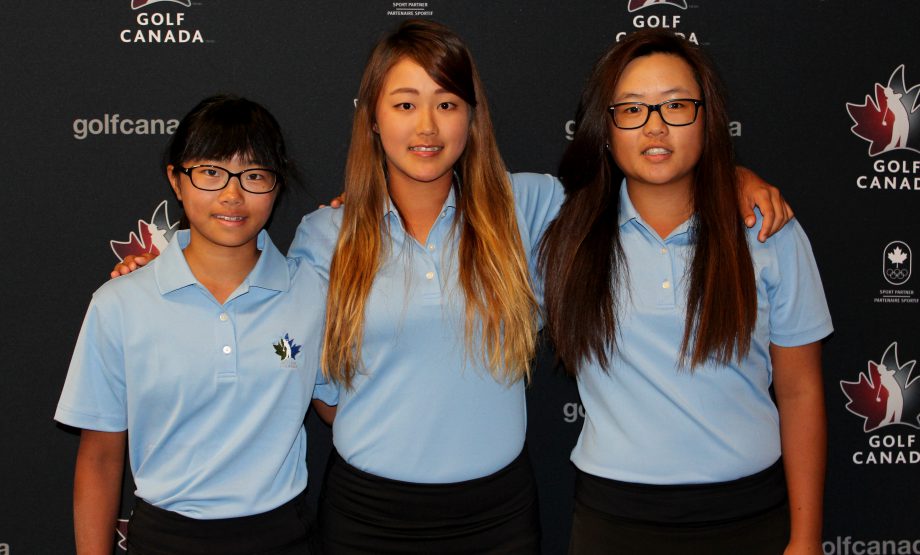 Ip bested her opening-round score by one shot with a 4-under 69 performance despite tough rainy conditions. The Richmond Hill, Ont., native sits at 7-under par for the tournament and holds a two-stroke advantage going into the third round.

“I was a little more external today; I was thinking not really about my swing, but just about hitting the greens since there’s not much I can do about the weather. I guess I just hit a lot of greens and made a few putts, more than yesterday,” explained the 18-year-old.

Ip, who is heading into her second year playing for the University of Iowa Hawkeyes, partially credits the experience of playing NCAA golf for her early success in the tournament.

“I feel like my mentality coming back from school has changed this summer. I think I’ve been a little more aggressive and ambitious about how I’m shooting and how I should be playing. I think that has really helped me,” said Ip who carded five birdies on the day.

Two shots back is Hannah Lee who opened with the lead after 18 holes. The 15-year-old battled tough conditions early in the morning, but re-focused to card a 2-over par round. The product of Surrey, B.C., is 5-under for the tournament and leads the Juvenile Division.

In third place is Team Canada Development squad member Michelle Kim, also of Surrey, B.C., who carded an even-par second round and is 2-under through 36 holes.

The two Team British Columbia members led their home province to victory in the Inter-Provincial team competition played concurrently with the first two rounds of play. The pair, along with 12-year-old Akari Hayashi of Victoria, posted a two-day total of 7-under par 285 to capture the team championship by 20 strokes.

“It’s nice playing as a team because we usually play as individuals. We don’t really get to cheer on each other, we usually try to bite off each other’s heads,” joked Lee, whose 7-under par competitive course record in her first round gave the trio an early advantage in the team contest. “Canada has a strong field of girls and being able to win nationals was one of my goals for sure.”

Four shots back of Hannah Lee in the Juvenile Division is Kathrine Chan. The Richmond, B.C., native shot 3-over 76 and is two strokes clear of fellow British Columbian Euna Han of Coquitlam. The 12-year-old tallied four birdies on the day; at even-par 146, she also sits seventh in the overall competition.

Seventy players who shot 22-over par or better through the opening two rounds have advanced to the third round of play, which begins Thursday at 7 a.m. CST.