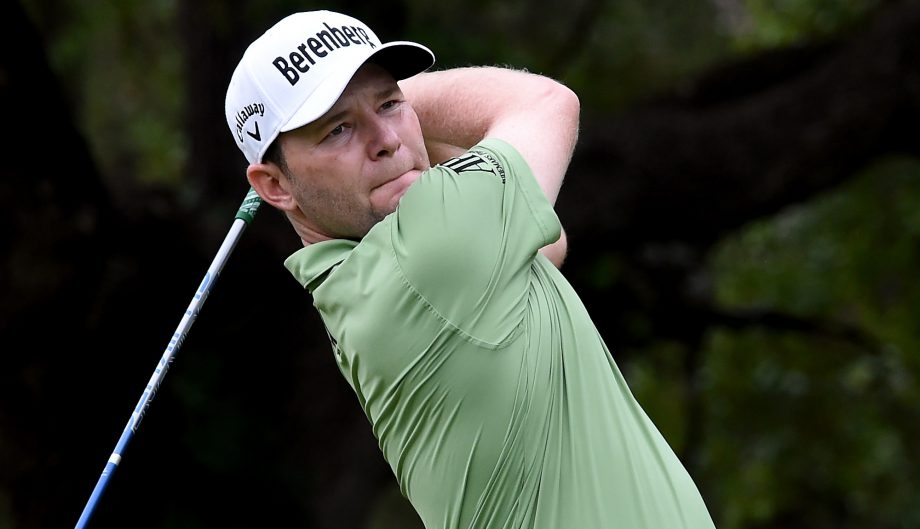 South African Branden Grace had a 6-under 66 and leads by a stroke after the opening round of the Valero Texas Open on Thursday.

Grace had a season-best 11th-place finish last week in defense of his RBC Heritage title. He leads the 5-under 67s of Steven Alker, Stewart Cink, John Huh and Will MacKenzie at TPC San Antonio. Alker, a journeyman New Zealander who played in the final group of the day, birdied the final three holes.

There are 13 players packed two shots back at 4 under. That includes 2010 U.S. Open champion Graham McDowell and 2016 U.S. Ryder Cup member Brooks Koepka.

Two weeks ago, Grace was over par but still survived the cut at the Masters. He played the weekend in 3 under, and his best scorecard last week at Hilton Head was 68. The 66 on Thursday was his best round since Hawaii in January.

“That’s the one round I was waiting for,” Grace said. “I’ve been shooting the 69s and 70s, but not getting that one low round. This is nice.”

His day took off with three consecutive birdies mid-round, including a 22-foot putt at the ninth after missing his only fairway of the day.

It almost wasn’t as nice for McDowell, who’s won twice on the PGA Tour since his U.S. Open title at Pebble Beach seven years ago.

“To recover after that with a great birdie at 13 and a nice up-and-down at 14 for birdie, it was nice to bounce back.”

Ian Poulter needs to at least make the cut to keep his PGA Tour card for the remainder of the season. That’s in doubt now – no birdies until his 17th hole and a 75 has him well outside the top 100. He’s playing on a major medical exemption granted after a foot injury caused him to miss most of last season, and he needs to earn $30,624 before the exemption ends this week.

Patrick Reed, who was born in San Antonio and was runner-up here a year ago, is three shots out of the lead after a 69. Ryan Moore, Reed’s Ryder Cup teammate and who tied for ninth at Augusta this month, is another shot back with a 70.

Defending champ Charley Hoffman, co-leader at the halfway point at the Masters, shot 71 and sits just outside the top 50.

U.S. Amateur champion Curtis Luck of Australia opened his first round as a pro with three bogeys, but he holed a bunker shot from 75 yards for eagle later in his round to help him to a 1-over 73.