Bourassa in a class by herself 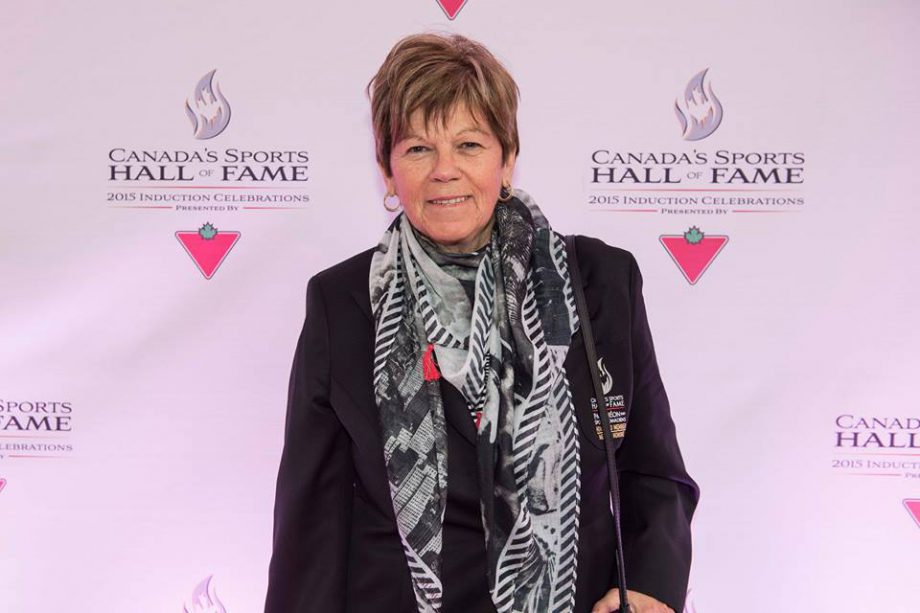 When Jocelyne Bourassa arrived for the Canadian Sports Hall of Fame induction ceremony, she thought she was in Hollywood.

There was a red carpet entrance, all the spotlights and a who’s who of Canadian sport attended the glitzy shindig.

“Gosh, I felt like I was outside a Hollywood premier,” the 68-year-old Bourassa stated. “I didn’t know how big a deal this was.

“Most of my fellow inductees were past Olympians. They talked about their paths to success, the injuries they suffered and overcame. Now golf is part of the Olympics again.”

Bourassa’s story easily could be made into a Hollywood film. She went into the Canadian Sports Hall of Fame as a builder, but her diligence in making sure young women professionals had a place to play in Canada is only part of her fascinating narrative.

She was the Brooke Henderson of the time. The Shawinigan, Quebec-raised dynamo reeled off amateur win after amateur win in Quebec, nationally and internationally.

The highlights were consecutive Quebec junior titles in 1963, 1964 and 1965, backed up by Canadian Women Amateur Championship titles in 1965 and 1971. She turned pro and promptly was named the 1972 LPGA rookie of the year.

But knee problems plagued Bourassa’s success, so much so that she was once called the Bobby Orr of women’s golf because of how many knee surgeries she required.

However, she battled through the pain for a week back in June of 1973. The LPGA finally had come to Canada at Montreal Municipal to contest La Canadienne, which became the du Maurier Classic, now known as the Canadian Pacific Women’s Open.

Bourassa was 26 and wondered how many good rounds she had left in her. A doctor had told her caddy, Mario Brisebois, that if she was a horse she would have been put out to pasture.

But Bourassa battled that week. She scrambled and made several clutch putts. On the 72nd hole, Bourassa walked over to the spectators and found her brother Gilles.

“I asked him what I needed to get into the playoff and he told me a birdie,” she recalled. “I went back inside the ropes and knew I was going to do it.

“I had a very long putt [30 feet] to make for birdie. People tell me I took forever to make the putt, but I knew the line. I knew the putt was going to go in.’’

It did go in and gave her a spot in the playoff against Judy Rankin and Sandra Haynie. Bourassa was extremely nervous beginning that playoff. She duck-hooked her drive on the opening hole, only to make a miraculous recovery shot from under a tree to the green. She outlasted Rankin and then, finally, Haynie.

“Sandra duck-hooked her drive into the water on the last hole,” Bourassa said. “The fans cheered, just like at a hockey game. I was embarrassed. I had to apologize to Sandra.

“But I still had work to do. I needed to make a two-foot putt to win. But I couldn’t draw the putter back. So I took a deep breath and hit it through. It just snuggled in.’’

Quebec went crazy. They had a new sporting hero. But Brisebois put some perspective on the massive win. The win inspired a generation of elite-level athletes in Quebec like diver Sylvie Bernier, biathlete Myriam Bedard and short-track speed skater Nathalie Lambert.

But not everyone was doing cartwheels after Bourassa’s win. Brisebois recalled that Bourassa was a guest on a popular sports radio show and that the host told her a woman should be home in the kitchen, raising kids and taking care of her husband.

“Jocelyne proved there was room for women in sports,” said Brisebois, who went on to become one of Canada’s top golf writers and still is going strong.

Bourassa retired a few years later from competitive golf and in 1979 became the executive director of the du Maurier. She dedicated her life to grow women’s professional golf in Canada.

She helped promising Canadian juniors find golf scholarships. Later, she would help them begin professional careers with a series of events across Canada, now known as the Canadian Women’s (golf) Tour.

“Jocelyne has so many good qualities,” Brisebois said. “But if I had to pick one it would be her generosity. She’s very generous. She’s so likeable. You cannot find anyone who dislikes this lady.

“She deserves a lot of respect.”