Blick tied for the lead at Freedom 55 Financial Open 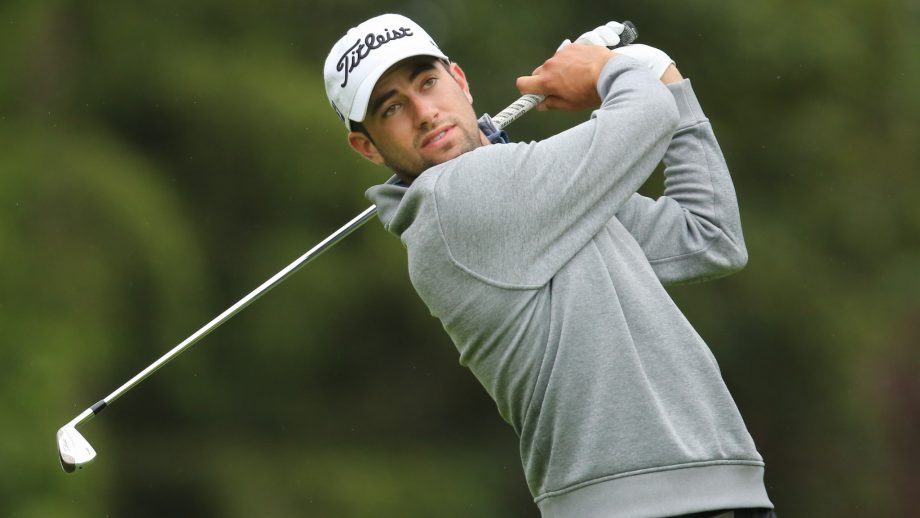 VANCOUVER, British Columbia — It’s unexplainable, even by his own account, but once again, Cody Blick has signed for a round in the 60s on the B.C. Golf Swing. On Friday it came in the form of seven birdies offset by a lone bogey for his second consecutive 66.

Blick’s 12-under total through two days of the Freedom 55 Financial Open at Point Grey Golf and Country Club is good enough for a share of the lead alongside Thursday’s overnight leader Chris Williams.

Carding red in Canada’s Western-most province is nothing new for the San Ramon, California native. Looking back at the last nine tournaments Blick has played in British Columbia, Friday’s 66 actually hurt his scoring average, which now sits at 65.8.

At a loss for words over how he has managed to sustain this level of play within B.C., the San Jose State University alum notes that a change in strategy he implemented this offseason has helped him the past few days.

“My first year up here, even last year, I was hitting a lot of irons off the tee,” said the 24-year-old. “These courses are tight, but if you just commit to a line and hammer driver, even if you hit it in the trees you can easily punch it up around the green and make par.”

Blick admired Rico Hoey, a 2017 member now on the Web.com Tour, for this trait when he played alongside him last season. The strategy seems to be working for Hoey, who tied for 15th at the Web.com Tour’s Nashville Golf Open last week.

“All he does is hit these little 10-yard fades and he just hammers it,” said Blick. “Then he goes and finds it and wedges it on.”

Starting on the back nine, Blick got off to a pedestrian start with the putter by his own accounts, making the turn in 35 before going on a run on the front nine — with birdies from holes 3-6 and another on No. 9 to polish off his 66.

Blick mentioned his distance tactic again when discussing Point Grey’s fourth hole, where he’s made birdie in each of the first two rounds.

“You can get right next to the green, and then it’s just up-and-down for birdie,” said Blick. “It’s just a more aggressive and more confident game plan.”

With four top-10 finishes in 2017, Blick is no stranger to the top of the leaderboard as he draws into the final pairing again Saturday.

Meanwhile, Williams once again managed a bogey free round, adding two back-nine birdies to his trio on the front for a 67.

The pair will meet on the first tee on Saturday afternoon at 1:05 p.m.