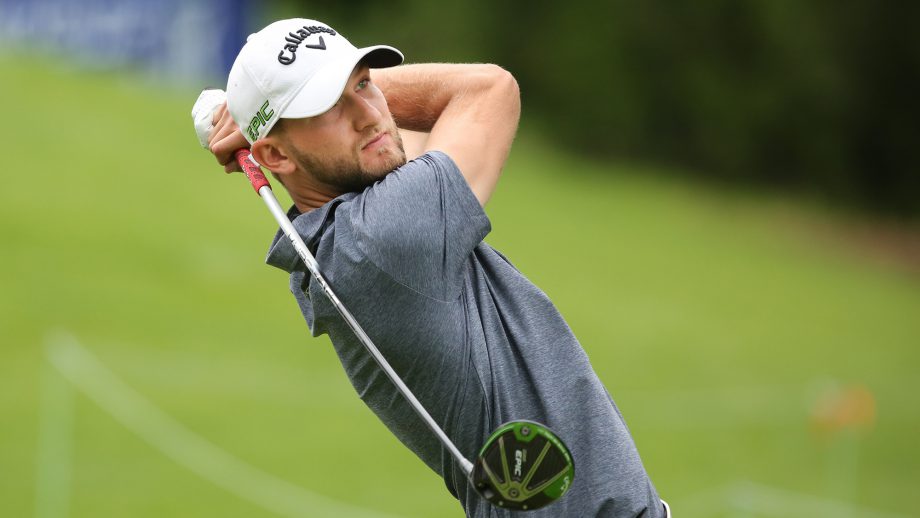 Hamilton, 24, was given the $3,000 award after a vote of the membership of the Golf Journalists Association of Canada, an organization that represents the majority of Canada’s golf media.

“I feel very honoured and blessed to be awarded the 2018 GJAC bursary, and to have received the nomination from some of the most respected individuals in the sport means a great deal,” Hamilton said. “Competing full time as a pro carries a significant financial burden and this bursary will go a long way for me this season. I am truly humbled and grateful for the support.”

“Canadian golf has a number of strong young players in the mix, and Blair Hamilton is certainly among them,” added GJAC President Robert Thompson. “One of the goals of the Golf Journalists Association of Canada is to support young talent in this country, and we are thrilled to help Blair on his journey in the professional ranks.”

Hamilton turned pro in 2016 following three years experience with Team Canada’s Amateur squad and four with the University of Houston, where he graduated with a degree in Corporate Communications. Last year was the Burlington, Ontario native’s first full season on the Mackenzie Tour-PGA TOUR Canada. He had three Top 25 finishes in 11 events; his best finish was a T19 at the 2017 National Capital Open to Support Our Troops. This season he plans to compete on PGA TOUR Latinoamérica with his sights set on making the Web.com, and eventually the PGA TOUR.

Hamilton ended his amateur career with a stellar campaign in 2016 that featured a runner-up finish at the Jones Cup, four Top-10 NCAA finishes, and cracking the Top-20 in both the prestigious Monroe Invitational and the Porter Cup.

“We are thrilled to once again partner with the Golf Journalists Association of Canada for this award and continue our support of golf in Canada,” said Court Elliott, Vice President Sponsorships, Mackenzie Investments. “Congratulations to Blair! We hope winning this award gives him the confidence he needs to strive to the next level.”