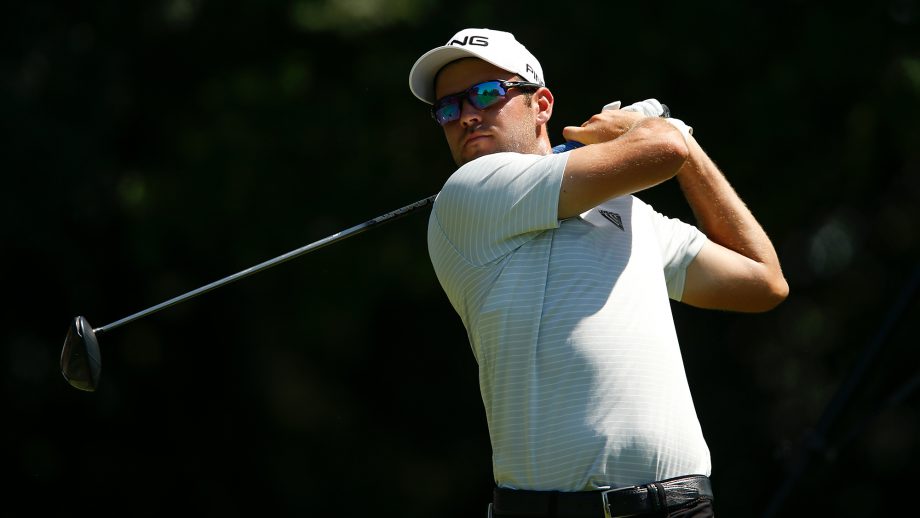 Knowing they need some solid finishes this summer to secure their futures on the PGA TOUR, Canadian rookies Ben Silverman and Corey Conners say their impressive showings at the Fort Worth Invitational are a huge confidence boost heading into a crucial stretch of the season.

Conners finished eighth and Silverman 11th at last week’s event just outside Dallas, Texas, to give each of them a 19-point boost in the FedEx Cup standings. Still, Conners, now 109th, and Silverman, 124th, know there is work still to be done to reach the target of finishing the campaign in the top 125 and automatically earning PGA Tour status for next season.

“I’ve been eyeing it since the season started in October,” said Silverman by phone from Texas.

Both golfers posted huge rounds in Texas en route to their best finishes of the 2018 calendar year.

Silverman shot 5-under 65 in Sunday’s final round – his best-ever round on the PGA TOUR. Conners shot a 7-under-par 63 on Saturday – tied for the round of the day – en route to his first top-10 finish on the tour.

“It’s what I needed to see,” said Silverman. “Things with my game have been progressing in the right direction but I just haven’t seen the results out of it that I should.”

Silverman, who had two top-10 finishes in the 2017 portion of the season, missed his previous three cuts entering last week’s event. But the 30-year-old said he has shown he can compete.

FORT WORTH, TX – MAY 25: Ben Silverman of Canada looks on on the ninth tee during round two of the Fort Worth Invitational at Colonial Country Club on May 25, 2018 in Fort Worth, Texas. (Photo by Tom Pennington/Getty Images)

“When I don’t have a day like Saturday (when Silverman shot 2-over-par 72) I’d be much closer to the lead, and that’s where I should be when things with my game are going well,” he said. “I’m just going to keep working on everything I’ve been doing and I’ve got lots of good stuff coming up this summer.”

Silverman and his wife, Morgan, welcomed their first child in November, and he said for the first time they tried something different on the road last week: booking a one-bedroom suite. Silverman slept on the pullout couch when he had an early tee-time and said that helped him get better rest and resulted in better play.

Conners was in the last group on Sunday two tournaments in a row in March – the Valspar Championship and the Corales Puntacana Resort & Club Championship – but struggled in the final rounds, finishing tied for 16th and 13th, respectively.

Conners’ final-round scoring average of 72.02 has him 168th on Tour, but he said he learned “a ton” those weeks in March. It helped him feel more comfortable on Sunday in Texas, en route to his best ever PGA TOUR result.

“I was definitely more relaxed and focused,” he said. “It’s definitely different on Sunday. You try to play just another round of golf but you know it’s the final day and you’ve got to try to make a move.”

Conners and Silverman are off this week from the PGA Tour, but they will attempt to qualify for the U.S. Open at sectional sites in Ohio on June 4.

Silverman said if he gets into the U.S. Open he will not play the week before, at the FedEx St. Jude Classic in Memphis, Tenn., but Conners said no matter if he gets in or not, he will play in Memphis.

Conners played the U.S. Open last year after qualifying, while Silverman has not yet played a major championship.