Bernhard Langer all alone under par at windy Senior Players 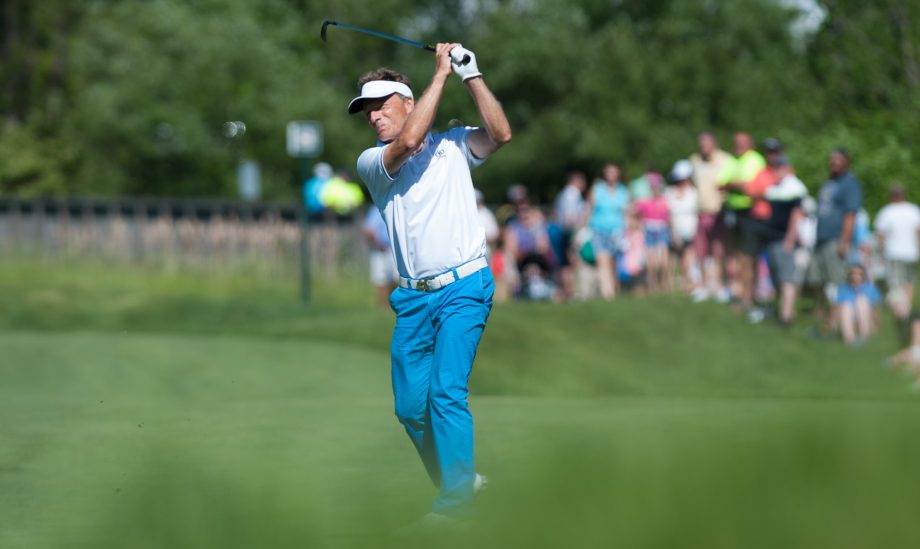 The 58-year-old German star also was in position to win the Constellation Senior Players Championship for the third straight year, shooting a 1-under 69 on Saturday to reach 2-under 208 and take a three-stroke lead over Jay Don Blake with a round left.

After playing the first 11 holes in 2 over with two birdies and four bogeys, Langer birdied the par-4 12th to get back to even par for the tournament. He added birdies on the par-5 15th and par-3 16th and closed with two pars on the A.W. Tillinghast-designed Wissahickon Course.

Langer won in 2014 at Fox Chapel in Pittsburgh and last year at Belmont in Massachusetts. He won the Regions Tradition last month in Alabama for his sixth senior major and 27th tour victory.