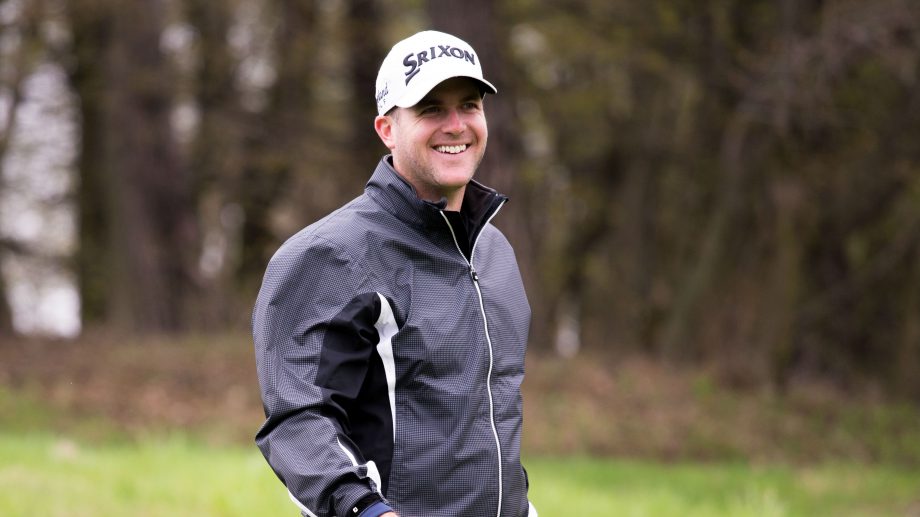 It was only when he was sitting alone in a hotel room in Argentina that Hugo Bernard truly appreciated that he was finally a professional golfer.

“I usually play events with my good friend Jared du Toit, but that week I was there just by myself,” said Bernard. “I was in my hotel room after every round and I was like ‘well, I just have to keep doing what I’m doing and just play golf.’

The 2016 Canadian amateur champion turned pro in October and played in four events on the PGA Tour Latinoamerica this winter – making the cut three times – most recently tying for 49th at the BMW Jamaica Classic. He returned home this week to start plying his trade on the Mackenzie Tour, starting on Thursday with the Canada Life Open at Vancouver’s Point Grey Golf and Country Club.

Bernard flew from Jamaica to Orlando, Fla., on Monday and then drove himself back home to Mont-Saint-Hilaire, Que., before flying on to Vancouver on Tuesday night.

“I was so excited to be back in Canada,” Bernard said with a relieved laugh. “It’s so easy here. You’ve got a Holiday Inn in every town or a host family and I’ve got friends on the tour.”

Du Toit, from Kimberley, B.C., and Taylor Pendrith of Richmond Hill, Ont., are two other prominent Canadians on the Mackenzie Tour this season. The Mackenzie Tour is one of three international PGA Tour-sanctioned circuits that provide access to the Web.com Tour, the developmental circuit of the PGA Tour.

Notable alumni include Nick Taylor of Abbotsford, B.C., Mackenzie Hughes of Dundas, Ont., and Corey Conners of Listowel, Ont., all of whom have gone on to win PGA Tour events.

“I’d say the Canadians on the Mackenzie Tour feel comfortable playing in Canada,” said Pendrith. “Just because it’s their home country. The golf courses are the same kind of grass that you grew up on playing. I think that can definitely translate into the golf game.”

Point Grey Golf and Country Club’s best known as being the site of the 1954 Canadian Open. Pat Fletcher won that year, no Canadian has captured the national championship since.

“You can feel it when you get there that it’s special,” said Bernard, who has previously played the course. “I remember the members form last year are super proud of their golf club. You can feel the atmosphere there.”

The big-hitting Pendrith, who arrived in Vancouver on Sunday, really likes how Point Grey plays, even though it rained a few times at the start of the week with more predicted on Saturday.

“The greens are perfect. They’re still kind of firm despite the rain,” said Pendrith. “It’s in fantastic shape. Should be a good test.

“The rough isn’t overly long, but it’s wet, so hitting fairways will be key.”