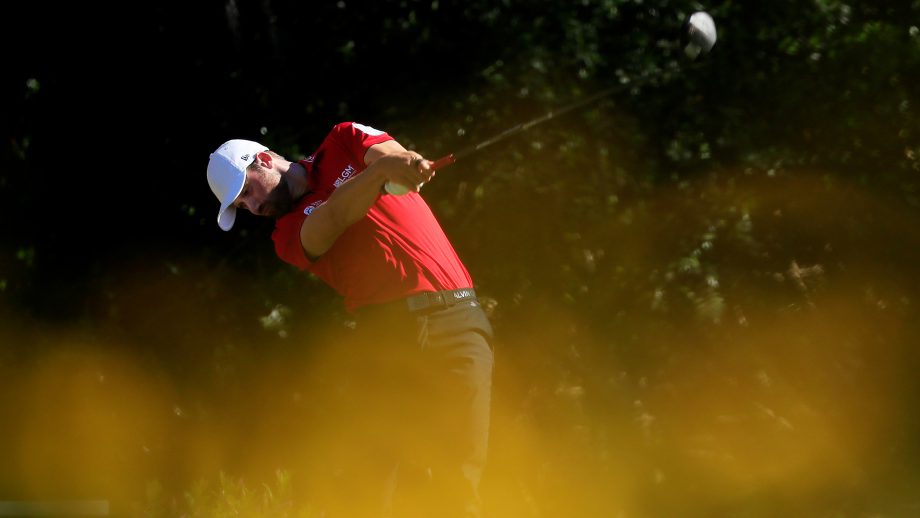 PUNTA CANA, Dominican Republic – Likely needing to win to get a Masters spot through the world ranking, Sungjae Im rebounded from an early double bogey to take the second-round lead Friday in the PGA Tour’s Corales Puntacana Resort & Club Championship.

“After that bad start, my goal was to remain calm throughout the rest of my round,” Im said. “I’m hitting the ball really well, so I think that led to a lot of my birdies. Being able to control my mind helped me get those birdies as well.

A day before his 21st birthday, the South Korean player finished with his second straight 5-under 67 for a one-stroke lead over Jonathan Byrd (67), Aaron Baddeley (67), Paul Dunne (69) and George McNeill (65).

At 59th this week, Im needs to get into the top 50 in the next ranking to play at Augusta National. The winner doesn’t earn an automatic Masters spot because the event is being played opposite the World Golf Championships event in Texas.

Im follow the double bogey on his second hole – the par-3 11th – with birdies on four of the next five holes.

“It’s a long par 3, about 220 metres to the hole. There was wind blowing toward me, so I hit my 3-wood,” Im said. “My shot ended up in the back bunker and it was sitting on a difficult downslope, so it wasn’t a great situation. In hindsight, if I would’ve given the shot an extra thought and calmed myself down more, I could’ve walked away with a bogey, but I rushed things and that led to an unfortunate start.”

On his back nine, he rebounded from a bogey on the par-3 second with birdies on four of the final seven holes.

Jonas Blixt was 8 under after a 65, and Graeme McDowell followed an opening 73 with a 64 to top the group at 7 under.

“Played OK yesterday, except for my medium- and long-iron play was a little rusty,” McDowell said. “The rest of it was really good, so I knew if I could clean that up today that everything would be good. And it was very benign conditions this morning. It was nice to start on the front, which is probably the easier nine.”

Ben Silverman of Thornhill, Ont., paced the Canadians with a 4-under 68 to sit at 6 under for the tournament in a tie for 11th. Mackenzie Hughes of Dundas, Ont., is 1 back at 5 under, while David Hearn of Brantford, Ont., sits T54.

Former Dallas Cowboys quarterback Tony Romo shot 79-80 to finish 127th out of the 128 players who completed two rounds. Playing as an amateur, the CBS analyst had his lone birdie of the week on the par-4 eighth after making a triple bogey on the hole Thursday.

“I took the same club but decided to tee it a little lower, just a little stinger shot,” Romo said. “I putted terrible throughout the week and you feel like you can hit the ball for really good stretches, but you get nothing out of it.”

He finished last a year ago.