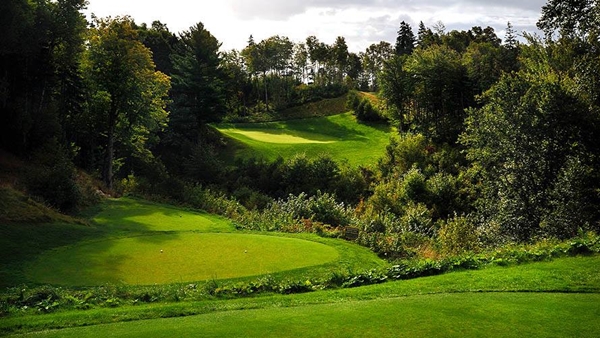 As we approach the 2014 golf season, the four Atlantic Provincial Golf Associations are pleased to announce the new Atlantic Golf Championship will take place August 15-17, 2014 at Bell Bay Golf Club in Cape Breton.

The New Brunswick, Nova Scotia, Prince Edward Island and Newfoundland and Labrador Golf Associations have collaborated to create this new tournament for the region’s best golfers. The Atlantic Golf Championship will see golfers in six (6) categories competing both as inter-provincial teams and as individuals.

Twenty (20) golfers from each province will make up the exclusive eighty (80) player-field.  In accordance with Golf Canada’s national championship eligibility requirements, players will compete in the following divisions:

Each Golf Association will set its own qualifying process to determine the players that make up their team. The new Atlantic Cup will be awarded after 36 holes to the provincial team that accumulates the most overall points. All players will also compete for individual honours through 54 holes of stroke play, within their respective divisions.

The Association’s note that a key objective for the championship is to give players in different age brackets the opportunity to test their skills against others from across the region.

Over the next four years the Atlantic championship will rotate between the four provinces. Following Nova Scotia, Newfoundland and Labrador will host the tournament next year followed by New Brunswick in 2016 and Prince Edward Island in 2017.

Golf Canada, the National Sport Organization for golf in Canada, has placed its support behind the Atlantic Golf Championship.

“The Atlantic Championship provides a great opportunity for the best competitors in the Atlantic provinces to compete against each other at a premier event,” said Adam Helmer, Golf Canada’s Director of Rules and Competitions. “This new event will provide another pathway for players to earn spots directly into our national championships.”

In addition to providing exemptions for individual division winners into future National Championships, Golf Canada will also be donating Golf in Schools kits to a number of local schools as a legacy of the tournament.

“The Atlantic Championship is being developed to be the premier tournament for amateur golfers in Atlantic Canada,” said David Campbell, Executive Director of the Nova Scotia Golf Association.

“Our goal is to create a fun, first class experience for our players. We want the regions top competitive players to start thinking about the Atlantic Championship as soon as they tee it up in the spring. In years to come we hope that this tournament becomes the standard by which great amateur golfers in this region are recognized,” he continued.

For more information and to register for the championship click here.