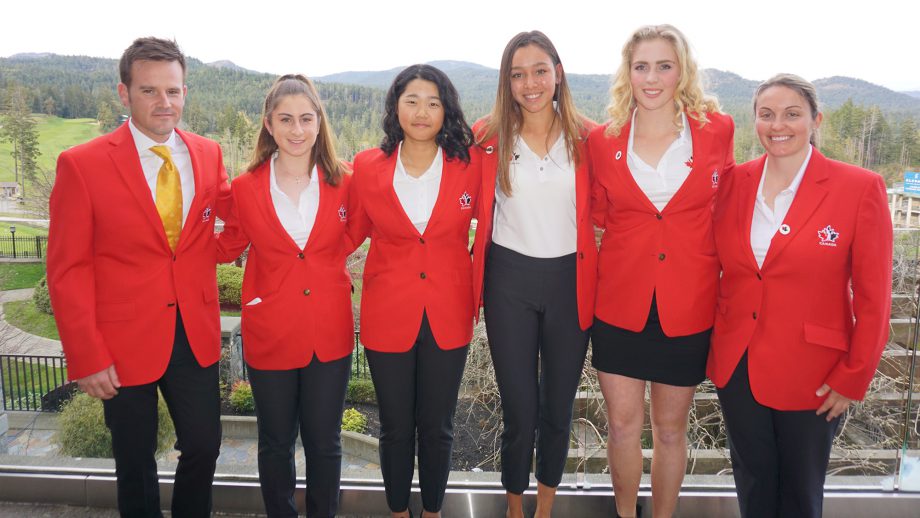 The 54-hole stroke play tournament is comprised of teams from host nation Canada, Mexico, Guatemala and Puerto Rico. The Boys division consists of four athletes per team, each submitting a cumulative total from the three lowest scores per round (omitting the highest score). The two lowest team scores after Thursday’s final round will qualify for the 2018 Toyota Junior Golf World Cup.

The Girls Division is made up of three athletes per squad, each submitting a team score counted from the lowest two per round, with the lowest team score moving on. Flying the flag for Canada are Team Canada Development Squad members Céleste Dao (Notre-Dame-de-lîle-Perrot, Que.), Monet Chun (Richmond Hill, Ont.) and Alyssa DiMarcantonio (Maple, Ont.).

The squad is a couple months into the new centralized program at Bear Mountain, providing athletes an immersive, focused centre of excellence, surrounded by world-class technical coaching staff and experts in the areas of mental performance, physiotherapy, biomechanics and nutrition.

All teams will be competing for a spot to play in the Toyota Junior Golf World Cup, taking place from June 10-15 at the Chukyo Golf Club in Toyota City, Japan. The event features 24 international teams from around the world competing over 72 holes of stroke play. In 2016, the Canadian boys team finished 11th.

The first round gets underway on Tuesday at 8 a.m.