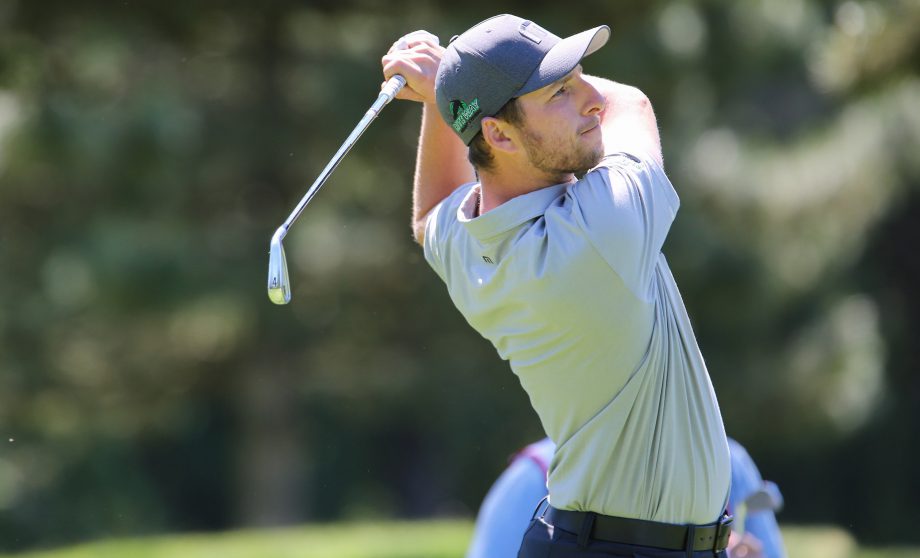 Allen, Texas’ Paul McConnell shot an 8-under 64 on Thursday at Dakota Dunes Golf Links to take the first round lead at the SIGA Dakota Dunes Open, the fourth event of the 2016 Mackenzie Tour – PGA TOUR Canada season.

The 25-year old managed seven birdies, an eagle and a bogey on day one to lead by two over Chilliwack, British Columbia’s Brad Clapp and Sea Island, Georgia’s Bobby Wyatt through one round at Dakota Dunes.

“I focused on one hole at a time and tried to make birdies, and had a lucky eagle on two, which is great. It was just fun and I was having a good time,” said McConnell.

The second year Mackenzie Tour member is coming off a 2015 campaign that saw him retain exempt status by finishing inside the top 60 on the Order of Merit, as well as an off-season where he Monday qualified for two different PGA TOUR events, two accomplishments the University of Texas-Arlington graduate said were more than a coincidence.

“This is a good proving ground to get to the next level, and last year playing the Mackenzie Tour allowed me to play well for the qualifiers on the PGA TOUR and get some good experience,” said McConnell.

Two shots behind McConnell were Wyatt and Clapp, who carded his best career round in his third start at Dakota Dunes.

“I stayed out of trouble for sure and didn’t feel much stress today. I had a couple of tough chips coming in, but I hit a lot of greens and never really got myself out of position,” said Clapp.

Clapp carded seven birdies and one bogey on Thursday for a 6-under 66. Thursday marked the ninth straight round after which a native of British Columbia has been inside the Top-five.

13 players were tied for fourth at 5-under after day one, including a trio of Canadians Elliott Whitley of Hamilton, Ont., Dundas, Ont., product Christopher Ross, and Edmonton’s Wil Bateman.