Barjon leads by two over Pendrith at Osprey Valley Open 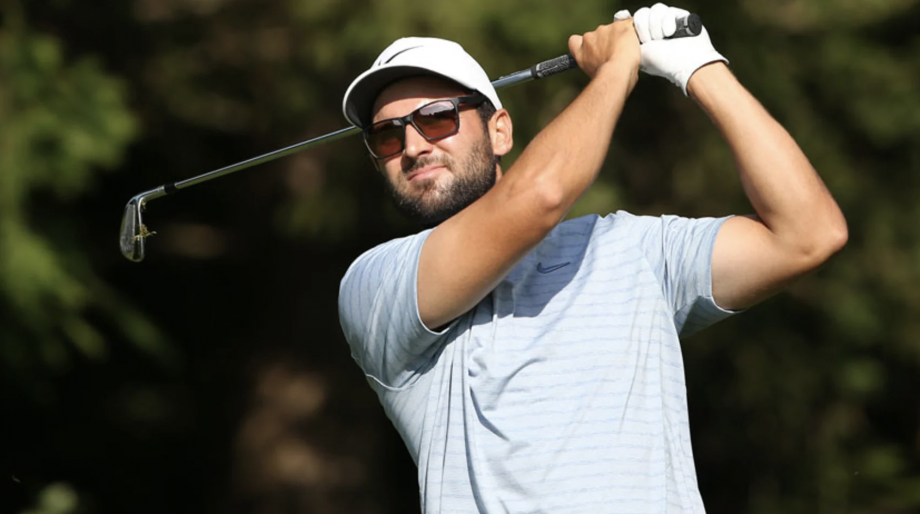 CALEDON, Ont. — When Paul Barjon is on his game – which, when you look at his year so far, seems to be all the time – he is difficult to beat.

And it doesn’t look like the Dumbea, New Caledonia native is slowing down anytime soon at the Osprey Valley Open presented by Votorantim Cimentos – CBM Aggregates.

After opening with scores of 64 and 66, improving upon his Mackenzie Tour-best scoring average of 67.05, Barjon fired a third-round 66 on the North Course at TPC Toronto at Osprey Valley and heads into the final round with a two-stroke lead over Canadian Taylor Pendrith.

“I played really good today,” said Barjon, who has been under-par in each Mackenzie Tour round thus far this season. “I hit the ball really well and then to make a few putts here and there, that’s what you have to do out here.”

Entering the round tied for the lead with playing-competitor JD Fernandez, Barjon got his round started by making eagle on the par-5 1st. He held the lead by himself after that 25-foot putt dropped, and he wouldn’t let go of that position on the leaderboard all day.

After making his only bogey of the week on hole No. 4 (breaking a stretch of 49-consecutive holes without a bogey), the Bayview Place DCBank Open champion made a birdie on No. 6 before a thunderstorm sent players back to the clubhouse for close to 2-hours.

“I hit a lot of good shots, but the pins were pretty tough and the wind was blowing,” said Barjon. “After the delay I came out, hit it to about six feet on No. 8 and made my second eagle, which was really nice.”

On the back side, Barjon made birdie on No. 11, a long par-3 with a hazard on the right and the wind off the left, a hole he said would play a key role in determining the tournament’s champion.

“I just knew if I went a little long of the pin and a little left, I would have the straightest putt you can have there without going right at the pin,” said Barjon. “I had about a 30-footer left and made it, so that was really cool.”

With four top-10 finishes this season on the Mackenzie Tour, a victory would propel Barjon into first place on the Order of Merit.

Barjon will likely have a large crowd following along on Sunday, playing alongside Pendrith, who is in search of his first-career Mackenzie Tour victory.

“It’ll be fun, hopefully they cheer for me a little bit,” laughed Barjon. “He was in the group ahead of me and they had quite a few people following. It’ll be fun.”

With a win on Sunday, Pendrith would become the first Canadian to win on the Mackenzie Tour since Adam Cornelson in 2016 at the Bayview Place DCBank Open.

“I’m in a great position, and any time you’re playing in the final group on Sunday it’s a good thing,” said Pendrith, who finished third on the Mackenzie Tour Order of Merit in 2015. “I’m just going to go try to make as many birdies as possible and see what happens.”