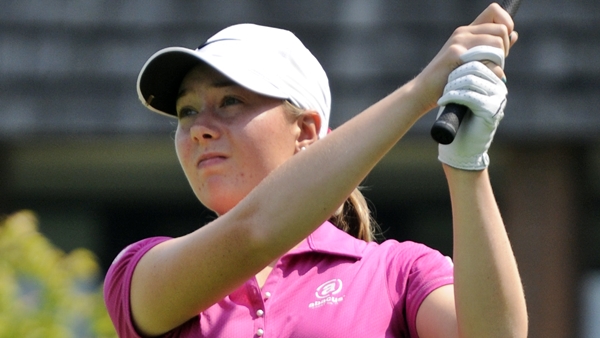 Australia hit back superbly on day one of the Astor Trophy to snare a valuable win against Canada.

The visitors had gone to lunch with a 1.5-0.5 lead over Australia at The Grange Golf Club in Adelaide, thanks in part to a stunning run by Ottawa’s Grace St-Germain.

The Canadian junior girls champion holed out for eagle on the par-four third hole of the West Course, then backed it up with a hole-in-one on the eighth minutes later.

It gave her and Naomi Ko a 1-up victory over highly rated Australian pair Shelly Shin and Hannah Green in the first foursomes match.

And when Becky Kay and Gennai Goodwin halved their match against Jaclyn Lee and Alisha Lau, the match was in the balance.

But both Green and Shin hit back hard in the afternoon singles matches with incredible birdie barrages for resounding wins.

Jaclyn Lee beat Kay 3-&-2 to square the match overall for Canada, but hometown favourite Jenny Lee and Goodwin each stood firm on their closing holes to record 1-up victories.

In the other match contested on the opening day of the five-day event, New Zealand recorded an impressive win against the fancied Great Britain and Ireland team.

The Kiwis were one down after the morning foursomes, but Alanna Campbell stood tall on the last hole in the last match to win 2-up and ensure a remarkable 4-3 win for her country.

Only Bronte Law for the GB&I team could muster a full point in the afternoon, dominated by the New Zealanders under threatening skies.

South Africa had the first-round bye, but will begin its campaign against the GB&I team in the morning, while today’s winning teams will do battle to determine the early leader.

Canada has the day two bye.