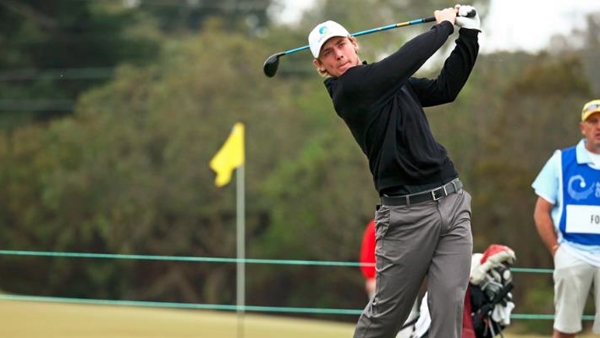 MELBOURNE, Australia – Local golfer Todd Sinnott shot a 5-under 67 Thursday to take a one-shot lead over 2012 champion Guan Tianlang of China after the first round of the Asia-Pacific Amateur Championship at Royal Melbourne.

The 20-year-old Sinnott plays on the pennants team for Metropolitan, another sand-belt course nearby.

Two strokes behind Sinnott and tied for third with 69s were Lee Chieh-po of Taiwan, Australian Antonio Murdaca and Tawan Phongphun of Thailand.

The Asia-Pacific winner gets a spot in the U.S. Masters next year and is exempt into the final stage of qualifying for the British Open.

“There’s a long way to go yet,” Sinnott said after taking advantage of the calm morning conditions on Royal Melbourne’s composite layout.

“This is a course where you need to contain yourself,” he said after making birdie on his last two holes. “It’s all about positioning the ball. You can make double bogey here as quickly as you can make a birdie by attacking.”

“I felt very comfortable today, made a lot of good putts and played pretty smart,” he said. “But I think I cannot be too aggressive on this course, just play safe and then try to make a couple birdies.”

It’s the first time the 72-hole tournament, which has a field this year of 115, has been held outside Asia since it began in 2009.

Lee Chang-woo, who won the 2013 event in China at Nanshan International Golf Club, is not competing after turning professional.

On Thursday, Clearwater Bay Golf and Country Club in Hong Kong was confirmed as host venue for the seventh Asia-Pacific Amateur. It will be played Oct. 1-4, 2015.