Arnie’s tourney a new wrinkle for McIlroy going to Masters 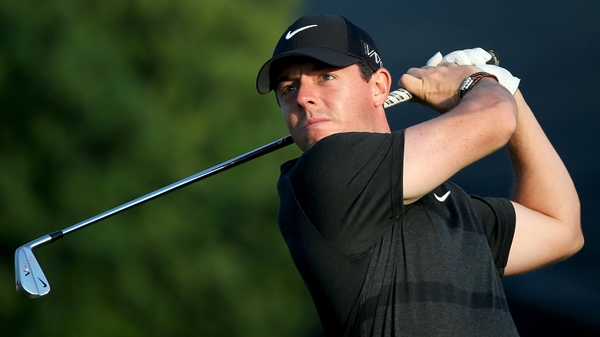 ORLANDO, Fla. – Rory McIlroy is adding a new wrinkle to his preparations for the Masters.

McIlroy makes his debut in the Arnold Palmer Invitational on Thursday, his final tournament before he tries to complete the career Grand Slam and win a third straight major at Augusta National in three weeks.

He began playing the Masters in 2009, and this is the fourth pre-Augusta schedule he has tried.

“I thought I’d just mix it up a little bit this year,” McIlroy said Wednesday. “Play here and then I’ll have a couple weeks off to get ready for Augusta. Back in `11, I took three weeks off before the Masters. It worked pretty well – for 63 holes, not quite 72. So just trying to adopt a similar approach.”

That was the closest the 25-year-old McIlroy has been to a green jacket. He had a four-shot lead going into the final round in 2011 only to shoot 80 in the final round. Then again, he tried that same schedule – three weeks off before the Masters – in 2012 and tied for 40th.

The search continues, though every player has a different idea how to get ready.

Bay Hill is a popular spot this year. The world’s No. 1 player at the Arnold Palmer Invitational for the first time is joined by three others from the top five in the world ranking in Henrik Stenson, Adam Scott and Jason Day. The tournament had all of the top five until Bubba Watson withdrew on Wednesday because a childhood friend died unexpectedly and he wanted to be at the funeral.

McIlroy is more interested in his game being ready. Even though he won in Dubai and was runner-up in Abu Dhabi at the start of the year, his return to America hasn’t been glowing. He missed the cut at the Honda Classic and somehow got into the top 10 at Doral, though he was eight shots behind the winner, Dustin Johnson, and still hasn’t broken 70 in his six rounds on the PGA Tour this year.

Longtime swing coach Michael Bannon came over from Northern Ireland late last week and they worked together for five days.

“That was sort of an unplanned visit,” McIlroy said. “The last five days have been really good work with him, just one-on-one, no one else around. It’s been really good. So feeling much better about my game now than I was walking off Doral 10 days ago.”

And there has been time for fun and relaxation – at Augusta National, no less.

McIlroy took his father, Gerry, there last week for a two-day trip that resembled a father-son outing with a few powerful people – Augusta National members Ed Hurley and Jimmy Dunne, along with the Manning clan of NFL fame.

He described it as “100 percent fun, zero percent serious.”

“I didn’t hit any extra balls. I played one ball the whole time,” McIlroy said. “Really wanted to go and enjoy it with my dad. That was what the whole thing was about. There’s four father-and-sons, and we had a great time.”

He said he played “pretty well” the first day, without mentioning a score. For a four-time major champion, “pretty well” can mean just about anything. McIlroy wasn’t saying, except that it was in the 60s but not the course record.

The highlight might have been off the golf course. McIlroy was in the gym at 6 a.m. Friday at the club when he got some unexpected company – a pair of Super Bowl MVPs. First, Tom Brady came in. Fifteen minutes later, Peyton Manning showed up.

“That was my time to leave,” McIlroy said.

Along with being a little in awe, McIlroy was impressed. The Masters is three weeks away. Training camp for the NFL is four months away.

“It’s their offseason,” McIlroy said. “I guess for me it was to see all those guys in the gym before their season starts and they’re so dedicated and committed to what they do, especially those two guys, Peyton and Tom. They’re both in their mid-30s and they want to prolong their careers as much as they can.

“To see them putting so much into it even after 15 successful years … it was great for me to see. It was inspirational in some ways.”

He said there was some football talk, mostly about all the trades that were going on.

“It was nice to be in that little world for a couple of days and experience it,” he said.

He gets back to his world Thursday at Bay Hill, with the Masters just around the corner.