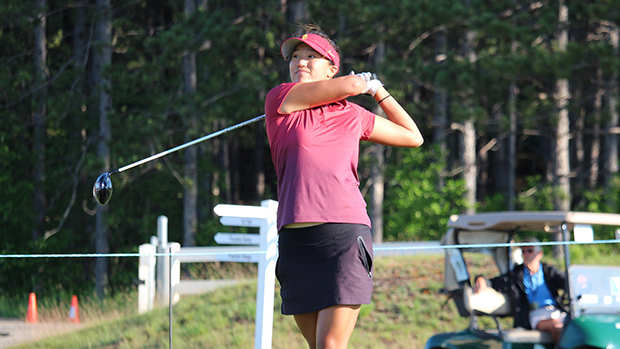 The 20-year-old former Southern California player from Levittown, New York, closed with a 7-under 65 at Firekeeper for a three-stroke victory. She finished at 13-under 203.

Park is the 10th player in tour history to win at least three times in a season. She won in July in Rochester, New York, and last month in Milwaukee.

Mexico’s Margarita Ramos was second after a 69.

Brittany Altomare shot a 71 to finish third at 8 under.

Canadian Sara-Maude Juneau closed with a round of 74 to finish T4 at 7-under. Jessica Wallace registered an even-par final round to sit in a three-way tie for sixth.