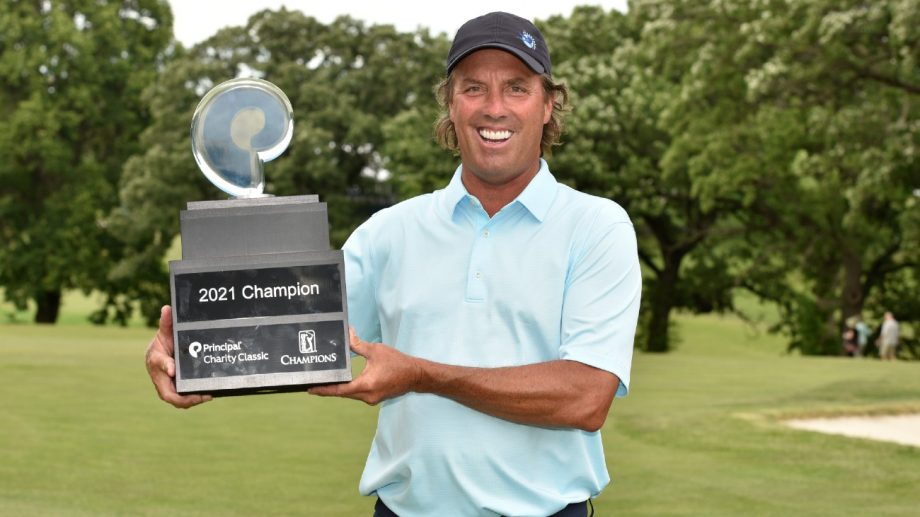 Seven strokes behind Herron entering the round, Ames shot a 5-under 67 for a one-stroke victory over fellow Canadian Mike Weir.

A four-time winner on the PGA Tour, Ames won the 2017 Mitsubishi Electric Classic for his first senior title. The 57-year-old naturalized Canadian citizen from Trinidad finished at 12-under 204 at Wakonda Club.

Herron bogeyed three of the final five holes in a 76 that left him tied for third at 10 under. He missed a chance for his first senior victory after winning four times on the PGA Tour.