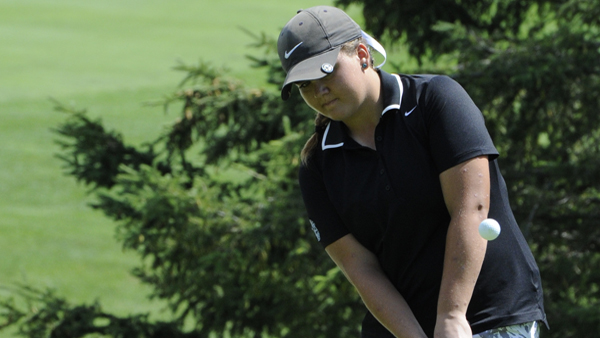 Lim, 12, of Thornhill, Ont. carded a 2-over-par 74 on Wednesday to sit at even-par after two rounds. Lim broke out of yesterday’s tie with 15-year old Jason Chung, also of Thornhill, who now sits tied for tenth after an 8-over 80. Brendan Seys, 16, of Port Lambton, Ont. follows Lim by one stroke with a total score of 145, alongside 17-year-old Raphael Lapierre-Messier of St-Jean-Sur-Richelieu, Qué. and Thomas ‘Jack’ Simpson, 15, of Toronto in a tie for third at 146 for the tournament.

In the Junior Girls Division, Alyssa Getty, 17, of Ruthven, Ont. continues to lead after shooting 7-over-par 79 in the second round for a total score of 5-over-149. Getty is followed by 13-year-old Céleste Dao of Notre-Dame Ile Perrot, Qué. who carded a 78 today, to sit three strokes behind at 152 for the championship. A trio of players including, Oceane Jacques, 17, of St-Gabriel de Valcartier, Qué., Diana McDonald, 16, of Kingston, Ont., and Danielle Sawyer, 16, of Grafton, Ont.  sit tied for third at 14-over 158.

After Gabriel Gingras aced the eighth hole in yesterday’s opening round, Emilie Tyndall continued the excitement in the second round, scoring a hole-in-one on the 160-yard 13th hole.

The top six competitors in the Junior Boys division of each of six regional CN Future Links Championships being held in 2014 earn exemptions into the 2014 Canadian Junior Boys Championship to be contested July 28 – August 1 at the Legends on the Niagara’s Battlefield Course in Niagara Falls, Ont.