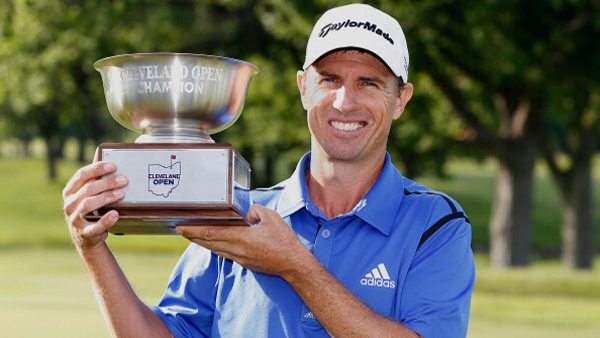 Alker and van der Walt parred for first 10 holes in the playoff at Lakewood Country Club before Alker finally broke through with a 3-foot birdie putt on the par-4 18th.

“I finally had a right number,” the 42-year-old Alker said. “I had 172 yards and just hit a perfect 7-iron. … I had a lot of chances. I felt like I was inside of Dawie several times and had several chances to win. I got a little bit dizzy out there. At one point, and I can’t recall when, Dawie and I looked at each other and I said is `Is anybody going to win?'”

The 11-hole playoff broke the tour record of nine set it 1998 in Eric Booker’s victory over Notah Begay III in the Lehigh Valley Open, and matched in 2009 in Gary Christian’s win over Mathias Gronberg in the Northeast Pennsylvania Classic. It also matched the record for the longest playoff in a PGA Tour-sanctioned event, set in the 1949 Motor City Open when Cary Middlecoff and Lloyd Mangrum were declared co-winners because of darkness.

“I didn’t think I had a chance after the bogey on 16 (in regulation),” van der Walt said. “I had nothing to lose and everything to gain. I just played 11 holes and couldn’t make another birdie.”

“It’s very satisfying,” said Alker, who successfully qualified for the U.S. Open on Monday in California. “I won last year and then to come out and win again this year is really pleasing since I haven’t been in the habit of doing that.”

South Korea’s Si Woo Kim was a stroke back after a 65.