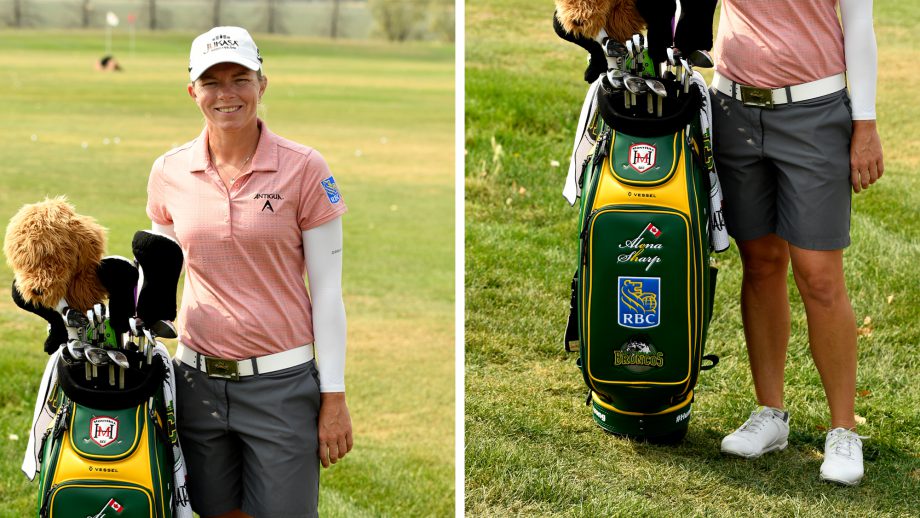 REGINA – Throughout the entire week at the CP Women’s Open, Alena Sharp would write the number 16 on her golf balls.

It was one the Hamilton native’s ways of paying tribute to the 16 people that died in the April 6 bus crash involving the Humboldt Broncos junior hockey team.

Sharp said earlier in the event that she felt as though she had 16 angels watching over her at the Wascana Country Club.

“I totally was thinking about them all day. Even on the last putt,” Sharp said after her final round on Sunday. “I wrote 16 on my ball just to give me a reminder of it.”

Thirteen people survived the crash that happened as the Broncos were on their way to a Saskatchewan Junior Hockey League playoff game.

Sharp played this year’s Canadian championship with a golf bag that featured the Broncos’s green and yellow colours and team logo. The bag is being given to the Jim Pattison Children’s Hospital and will be auctioned off at a fundraiser next month.

Sponsor obligations along with trying to learn the course prevented Sharp from making the trip to Humboldt, which is located 2 1/2 hours north of Regina. The busyness of the tournament also didn’t allow her to meet any of the survivors.

“I haven’t met them, but they’re always in my thoughts,” Sharp said.

Brooke Henderson of Smiths Falls, Ont., has captured the Canadian headlines during the tournament, but Sharp shot a 1-under 71 on Sunday to finish the event at 6 under. Anne-Catherine Tanguay (73) of Quebec City was 4 under.

As Sharp was walking on the cart path to the sixth hole on Sunday, she saw Henderson putting on the practice green and ran over to give her friend and Olympic teammate a hug before Henderson started her round.

Sharp said that she was excited for Henderson, who is aiming to become the first Canadian champion of the event since Jocelyne Bourassa won in Montreal in 1973.

“Hopefully she can stay strong in the last little bit, the last few holes and bring the win in,” Sharp said.

Sharp has struggled with consistency this season and said that it’s been a mentally tough year for her. She said that it’s always tougher to play at home but felt as though she has taken a step in the right direction with this week’s play.

“I’m just battling through some mental demons,” Sharp said. “I’m happy walking off of this week, I played well under the pressure and have a lot of positives to take to next week.”