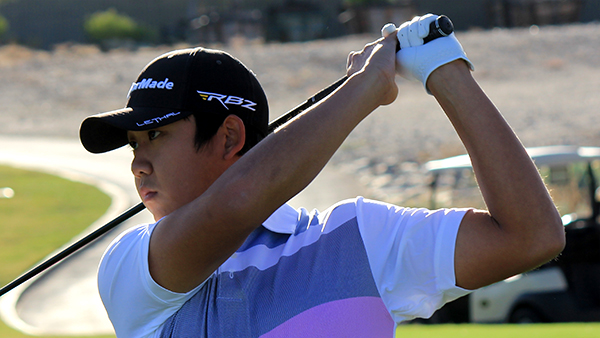 Toronto, Ontario’s Albin Choi carded a 25-under total to earn medalist honours and exempt status on PGA TOUR Canada for 2015 at the Florida Qualifying Tournament.

The 22-year old carded a final round 7-under 65 to win by three shots over Uniontown, Ohio’s Ross Beal and Naples, Florida’s Edward Figueroa. 48 players in total earned status through the qualifying tournament, with eight players left to play off for four spots in the top 18 on Saturday morning. Players finishing 2-18 earn exempt status through the first six events of the 2015 schedule and are subject to the mid-season re-shuffle.

“There were still plenty of guys within reach and there are plenty of birdie opportunities out here, so I had to keep doing what I was doing and stay on the tips of my toes. I stayed patient throughout all these four rounds and it really paid off,” said Choi, a former Canadian Amateur Champion and a current member of Golf Canada’s Young Pro team.

The former NC State standout played on the Web.com Tour last season after finishing 53rd on PGA TOUR Canada’s Order of Merit as a non-member in 2013, but failed to retain status for this year. Thanks to his performance this week, Choi will be able to plan out his schedule and compete to earn status on the Web.com Tour next season.

“It’s always tough any time you lose your card. There definitely was a bit of a learning curve,” said Choi of his learning experience last year on the Web.com Tour, where he made 10 cuts in 19 starts. “I put some things I’ve learned into play this week. I think patience was the key. Maybe that was something I didn’t have before, and something I’ve gotten better at over the last couple of years. It really showed this week and I’m glad everything turned out the way it did.”