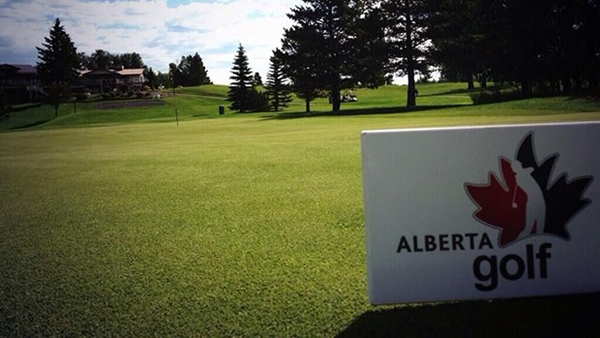 Alberta Golf has announce its 2014 championship schedule. The season kicks off June 1st with Alberta Open Qualifying and concludes September 11th with the renewal of the Alberta Men’s Interclub, this year being played at the Canmore Golf & Curling Club.

With 13 Regional Qualifiers and 14 Championships province wide, the 2014 tournament season will once again make for a busy and exciting summer for Alberta Golf.

“We have a great relationship with Desert Blume after our rewarding experience at the Mid-Amateur Championship last season” stated Rob Forshner, Coordinator, Rules and Competitions for Alberta Golf. “The transition from hosting the Men’s Mid-Amateur to Men’s Amateur should be a seamless one from a tournament operations standpoint and the course is one of the best conditioned tracks in Alberta. Desert Blume is sure to be a difficult test for the best amateur golfers in the province.”

Two-time defending Ladies Amateur Champion Jocelyn Alford of Calgary will have a unique opportunity this summer as she vies for a three-peat, a rare achievement that hasn’t been accomplished since Alberta Golf Hall of Famer and 17-time Amateur Champion Betty Stanhope Cole won the title from 1974-1976. Alford will get her chance at the feat when the Championship get’s underway at Whitetail Crossing Golf Club in Mundare on July 1-4.

“Our provincial coaches provided feedback on the format for the Junior Girls Championship and after a lengthy discussion amongst our Rules & Competitions Committee, it was agreed to move forward with the changes as a way to achieve a more competitive tournament. Bearspaw has been on board with the idea of hosting both Championships from the very start, and we applaud their willingness to accommodate such a large commitment,” said Forshner.

Having previously hosted for 13 consecutive years from 1987-1999 as a Canadian Tour event, the Alberta Open, presented by LONGball Inc. and Fidelity Investments, notably returns to Wolf Creek Golf Resort in Ponoka. Known for its homage to European links design, Wolf Creek combines its pot bunkers and knee height fescue in a wind swept environment, for what is sure to produce a challenging test for Alberta’s best professional and amateur golfers. The 2014 Alberta Open will be played from June 24-26 on Wolf Creek’s ‘Links’ course.

Near the end of July, Jackie Little of British Columbia will have a chance to defend her title at the Senior Ladies Championship on July 23-25 at the Medicine Hat Golf & Country Club. The 54 hole competition brings together the best players in Alberta, and is routinely frequented by a few of British Columbia’s best. The Medicine Hat Golf & Country Club, a club with a distinguished history, will provide a grand setting for what’s sure to be another excellent field in 2014.

Also of note, the North and South Ladies Team Classics will be played at the Devon Golf Club and Coyote Creek Golf and RV Resort on August 20-21.  Designated as Golf Fore the Cure events, a portion of each player’s registration fee will go to the Canadian Cancer Societies fight against cancer.

Registration is now open for all events. Click here to register and for additional information.