Aiken and Walters tied heading into final round of Joburg Open 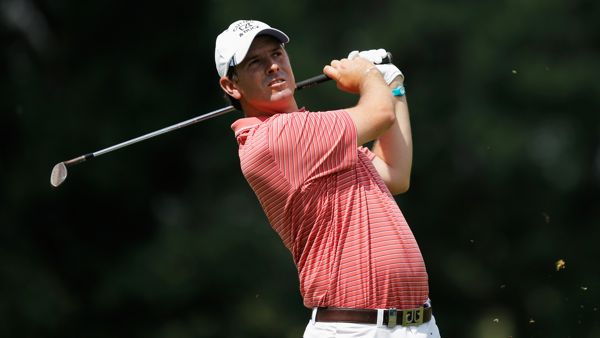 JOHANNESBURG — Home town players Thomas Aiken and Justin Walters moved into a tie for the lead at 17 under at the Joburg Open on Saturday as overnight pace-setters Edoardo Molinari and David Horsey lost ground.

Aiken carded a 9-under 63 on the East Course at Royal Johannesburg and Kensington, while Walters shot an 8-under 64 to open a two-shot lead on the chasers.

The Johannesburg-born pair were clear of South Korea’s Jin Jeong (66) on 15 under heading to the final round of the European Tour event. Finland’s Roope Kakko is 14 under and another stroke back.

“I’ve got one more round tomorrow and I’m so happy that I’ve put myself into a strong position,” Walters said. “I’m super excited for tomorrow because it’s what we play for.”

Molinari and Horsey appeared to be the strongest challengers to that strong home record after leading on Friday, but both slipped up as the action moved to the longer, tougher East Course at Royal Joburg for the last two rounds.

Italian Molinari struggled to a level-par 72 to slip six shots behind the leaders and Horsey, following a blistering 63 on Friday, finished with 10 straight pars to be five shots behind on 12 under.

Aiken, a two-time winner on the tour, was impressive after dropping his only shot of the day on No. 2. His good friend Walters also had just one drop, on No. 16, before finishing with a flourish with his three on the par-5 last hole.

Jeong also collected an eagle on the way to his 6-under 66 and Kakko eagled No. 18 to claw back the two shots he lost with a double bogey on No. 4. Scotland’s Alastair Forsyth and South Africa’s George Coetzee were 13 under and tied for fifth.

Players are also chasing three places at the British Open in July after the Joburg Open was announced as a qualifying event for July’s championship at Royal Liverpool. The three highest-placed finishers in the top 10 not already qualified will win a place at the Open.

Former Masters champion Charl Schwartzel continued a mediocre tournament with a 72 on Saturday to go with his 69 and 70 for a tie for 65th on 4 under.