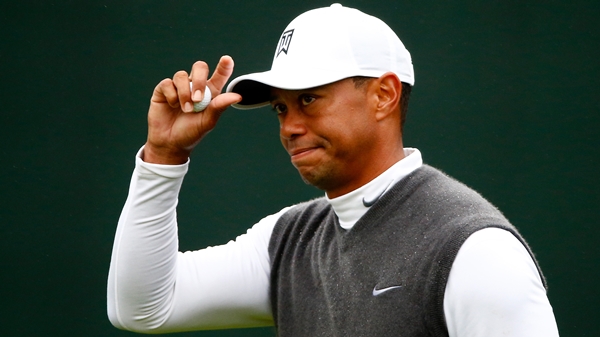 When we last saw Tiger Woods he was fleeing from a golf tournament in mid-round, mumbling something about improper activation of his glutes.

He’s been missing in action for some time now, desperately searching for some of the magic he once took for granted. Woods blamed the glutes, but the truth is that his game is in such a deep, dark place that he’s embarrassed to even tee off in public places.

The Masters begins in two weeks, and it’s not a place someone who seems to be struggling with the yips while chipping wants to make a comeback. If Woods does play at Augusta National, bookies in Las Vegas who for nearly two decades have made him the odds-on favorite are giving 50-1 odds he won’t leave the place with a fifth green jacket.

He’s got another new swing coach and a vague plan to regain his mojo by returning to the ways of his youth. But he needs more – much more.

Tigerwoods.com has always been the place he voices his thoughts. Now maybe it’s the place he can find his game.

If only he would listen to his own fans.

“Tiger, stop trying to be perfect,” someone identified as Jati wrote on the site. “Perfection is a myth. Nobody can achieve perfection, why go after it and waste enormous amount of time and energy?”

“Your confidence coupled with your huge successes has impacted on your general well being,” writes Kevin Frankie. “But I say this…you can get it ALL back plus some. Just get your game on a more natural level not unlike your wonderful years of sheer sublime brilliance.”

” I can help you with your mental game,” LL writes. “If you want to talk, I promise you I won’t (waste) your time and do not want your money. I just want to see you back at the top of golf. This is not a scam I’ve been doing this successfully for over 20 yrs.”

Who knows, it might be as simple as a trip to the produce section of the local Piggly Wiggly.

“Tiger, hang in there,” says Dana Bergerstock. “I just had a total knee replacement, and I had to start over from square one. They tell me it will come around like a fine wine. I started eating grapes to start the progression. It’s working! Eat some grapes during your next round. It might be mental, but it’s working for me.”

Or try this, courtesy of Brett McHaney:

“Tiger, take the change out of your right pocket and put it in your left pocket. Tie your left shoe in a double knot. Turn your hat around and put this tee behind your left ear,” he writes. “I look like a fool. Yea. Now take this little white ball and hit it down the fairway. Tiger, go out have some fun and get out of your own way.”

Someone called Anonymous Pro says he can help Woods on the chipping that embarrassed him in his season debut in Phoenix, saying all he needs to do is keep his wrists hinged.

Or maybe it’s more basic than that.

“I think you have forgotten the child like quality to chipping,” writes Roc. “Did you think about anything when you were 21 when chipping? No technical thoughts. Not sure why you would change something that was so pure but I’m just a hacker talking. Walk up and hit it.”

Some think it’s not Tiger’s fault at all. Circumstances have been out of his control.

“In 2010, you entered a VERRY challenging astrological period indicating very serious challenges,” jrcsamad writes. “The beginning of this period corresponds to the start of your difficulties, which we needn’t discuss here. There can be periods of respite in this period which lasts until 2020. The good news is that there are technologies of consciousness that can help to decrease the obstacles coming from past actions (karma) indicated in this period.”

There’s plenty of support for Woods among the 1,739 comments, though some seem to be growing impatient with their hero, who hasn’t won a major in seven years.

“Tiger ya baby get out there and play,” says someone with the screen name Love Tiger Woods. “You have turned into a spoiled rich kid.”

Mostly, though, they simply want the Tiger of old back.

“Where are you Mr. Woods?” asks Jared. “Where are the Sundays when you walked onto the course and commanded respect and inflicted fear in the souls of everyone who dare tee it up with you? Where are your laser focused eyes that never deviate from the task at hand? Where is that unwavering confidence that can never be shaken or broken? Where is that killer instinct that none of these kids are going to take my destiny from me?”

So far at least, it’s nowhere to be found. Meanwhile, the Masters is just two weeks away.