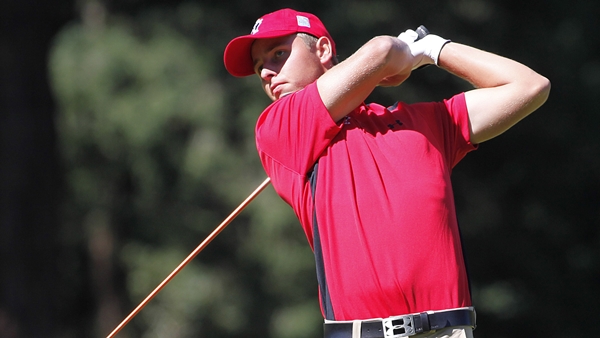 Adam Svensson made history at Barry University on Tuesday, winning his fifth tournament of the season at the Bobcat Invitational in Eatonton, Georgia.

The Team Canada National Squad member fired a final round 3-under 67 in tough conditions to finish three strokes ahead of Fredrik Lindblom of Clayton State University for his record breaking fifth title as a Buccaneer.

“It feels pretty good to break the record,” Svensson said after his final round. “It was brutal conditions, and I just kind of stuck in there. It’s a special win, knowing that it’s a record-setting win for Barry.”

Svensson, a Surrey, B.C. native and Barry University sophomore, finished the tournament as the only player under par at 1-under 139 after the Bobcat Invitational was shortened to 36 holes due to poor weather conditions.

As the No. 1 player in Division II golf, Svensson made eight birdies over 36 holes at the Golf Club at Cuscowilla to claim his fifth win in only nine starts this season.

“I know my potential. I’m a little bit surprised, but I’ve worked hard,” Svensson told Barry University Athletics. “Just the experience of getting to know the courses has paid off. It’s a pretty big accomplishment for me.”

Svensson alongside his No. 1 ranked team will look to pick up another victory when they host the Buccaneer Invitational March 31-April 1.

For complete results from the Bobcat Invitational, click here.