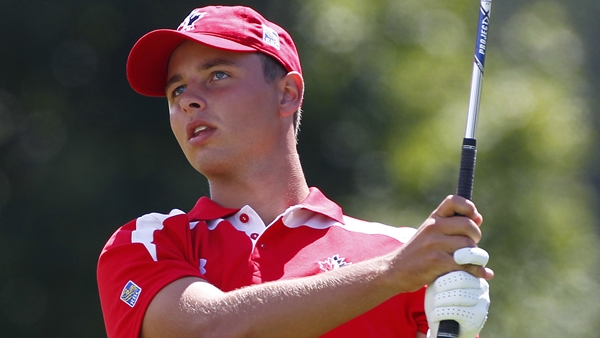 Svensson, a Surrey, B.C. native, carded 21 birdies through four days of play en route to finishing at 10-under par (68-67-70-68–273). All rounds were played at the Miami Beach Golf Club—except for the second round—which was played at Normandy Shore Golf Club.

Svensson traded shots back-and-forth with Lench in a nail-biting affair that came down to the final holes. Despite birdying No. 18, the 20-year-old couldn’t catch the leading American. Lench, a native of Lake Mary, Fla., secured the win with a bogey-free final round 67. The American also won the Florida Amateur Championship earlier in the year, and will surely improve upon his No. 399 standing in the World Amateur Golf Rankings (WAGR).

Now in his junior year at Barry University, Svensson continues to build his stellar resume. He is coming off a NCAA win earlier in the year (Guy Harvey Invitational) prior to the strong finish at South Beach. The year earlier, Svensson captured seven NCAA events on his way to winning the Jack Nicklaus award, given to the most outstanding golfer in NCAA Division I, II and III.

In addition to Team Canada’s athletes, Francis Berthiaume of Valleyfield, Que. tied for 24th at even-par, while Francis Elliott Whitley of Hamilton, Ont. finished tied for 71st at 9-over par.