A rising tide for golf 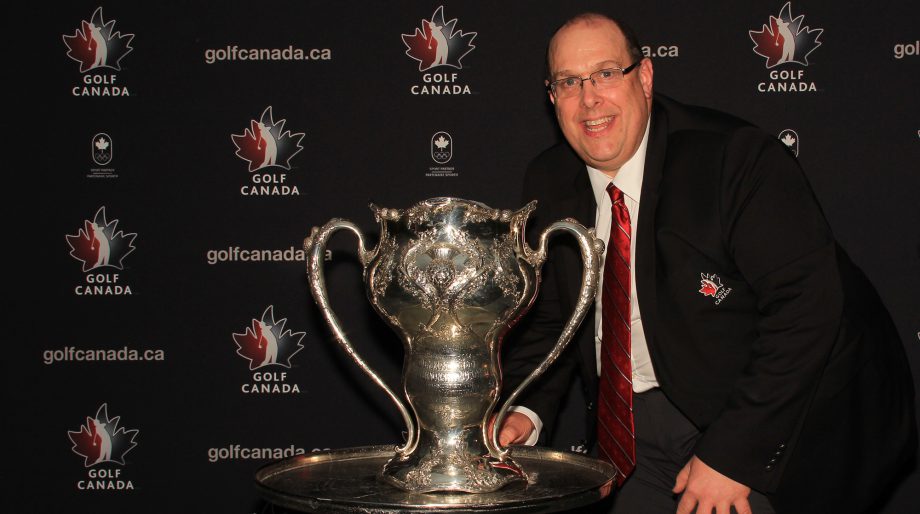 It’s no surprise when chatting with Roland Deveau, Golf Canada’s newly installed president, that maritime references keep cropping up in conversation. Like “let’s all row in the same direction,” and “a rising tide raises all boats.”

Deveau was named Golf Canada’s 113th president at the association’s recent annual general meeting in the harbour city of Halifax, not far from the home he shares with wife Jacqueline in suburban Bedford. He is a longtime member of Clare Golf and Country Club in Comeauville, about Bubba Watson driver distance from the Bay of Fundy.

Given that geography, it is inevitable that seafaring phrases come to mind when he lists his priorities for his year in office.

Continuing to improve collaboration and cooperation with the provincial associations, other national associations and related industry partners is key, he says. Although Golf Canada is the National Sports Federation for the game, everyone concerned—course owners, pros, club managers, superintendents and manufacturers included—has to work together and focus on the end goal.

“As the NSF, we have important responsibilities, to be a leader in the sport from increasing participation and enjoyment for all enthusiasts to improving success at the elite level. But, ultimately, everyone with a stake in the game, we’re all serving the same person, the golfer, creating quality golf experiences for everyone who plays. If we do that collectively, then everyone wins.”

A lawyer who is the vice-chair of the Nova Scotia Utility and Review Board, Deveau first got involved in golf at the committee level at his club and rose to become the president of the Nova Scotia Golf Association. Although his first love is the Rules of Golf (he has been a Rules official at more than 75 national, regional and provincial championships at the junior, amateur and professional levels), he worked on various NSGA committees and was a founding member of the Nova Scotia Golf Marketing Council. He became a Golf Canada Governor in 2009 and was elected to the Board of Directors in 2012.

With that resume comes perspective, he says. “I would like to think I understand a number of important viewpoints: the golfer, the club, the provincial association and the national association. I appreciate what their respective concerns and expectations might be and, yes, their frustrations and skepticism as well. It’s a challenge, to be sure, but we recognize that and we are determined to find a solution.”

Part of that solution may be tied to an innovative new membership initiative introduced with limited rollout as a pilot project in 2015. “We’re refining the concept,” says Deveau. “It’s definitely not just about increasing revenue. It is more about getting everyone involved in the game to be more engaged in the game. We are trying to be more welcoming, more inclusive.”

Deveau well knows the power of inclusiveness. At his modest rural golf club, there are no restrictions on who plays and when. He is justifiably proud of the fact that two national champions and “countless” provincial winners have come from his club.

“That makes me see the power of accessibility at the grassroots level and how that can, eventually, translate into success at a higher level. We need to provide that kind of accessibility and inclusiveness and diversity to everyone who wants to play, no matter where they live.”

One unique opportunity to promote the game will come in August when Canada “defends” its Olympic gold medal in Rio (George Lyon won the last championship in 1904).

“It goes much, much further than just sending our best golfers to the Olympics. It’s a splendid showcase for the game that, hopefully, we can utilize to engage all golfers across Canada.”

Engaging all golfers across Canada. Now that’s casting the net far and wide.