Five things you need to know for the US Open 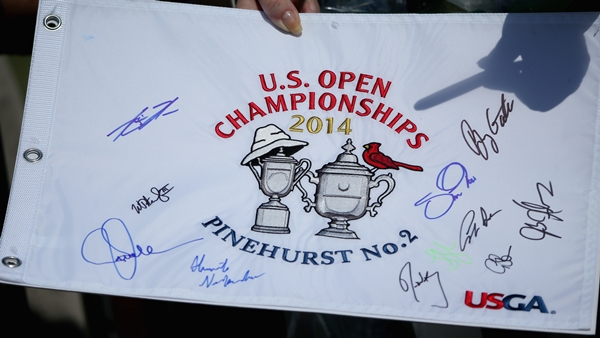 PINEHURST, N.C. – Phil Mickelson always wanted to win a U.S. Open. With his victory last summer in the British Open, the U.S. Open is the only major keeping him from capturing the career Grand Slam.

Only five other players have done that. But he has not won in 11 months. And his only headlines lately have been links to an insider trading investigation involving investor Carl Icahn and gambler Billy Walters.

With all the attention on Mickelson, Masters champion Bubba Watson is the only player capable of a calendar Grand Slam. He is not to be dismissed lightly. Watson already has two wins this year, along with runner-up finishes in Phoenix, Doral and the Memorial.

Mickelson’s fate will be one of the major stories at this year’s U.S. Open. Here are five other things to watch for when play begins Thursday:

The quality of Pinehurst No. 2 is best stated by the fact it is hosting the U.S. Open for the third time since 1999. Not since Chicago Golf Club (1897-1911) has the U.S. Open gone back to a golf course so frequently. It is considered the masterpiece of architect Donald Ross, famous for turtleback greens that repels shots away from the middle of the putting surface.

Pinehurst Resort owners signed off on a plan to have Bill Coore and Ben Crenshaw restore the original, rustic look of No. 2. That means rough has been replaced by sandy areas dotted with small wiregrass bushes and covered in natural vegetation. It required the removal of 35 acres of sod, and only 450 sprinkler heads (down from 1,150) remain.

There at least will be one player named Woods competing for a U.S. Open trophy. Cheyenne Woods qualified for her first U.S. Women’s Open on the same day her uncle, Tiger Woods, told the USGA he could not play the U.S. Open as he recovers from March 31 back surgery.

This will be the last time Johnny Miller calls the shots. In a surprise move last year, the USGA accepted a 12-year offer worth about $1 billion from Fox Sports, which has never televised golf. This will be the final U.S. Open telecast by NBC Sports, ending a 20-year run with Miller as the lead analyst.

The USGA tries to convince fans that it is not trying to protect par at the U.S. Open. The evidence tends to suggest otherwise. The winning scores at Pinehurst No. 2 have been 1-under 279 (Payne Stewart in 1999) and even-par 280 (Michael Campbell in 2005). The last two U.S. Opens were won with a score over par. If it happens at Pinehurst, it would be the first time in 45 years (1957-59) that three straight U.S. Open champions were over par.