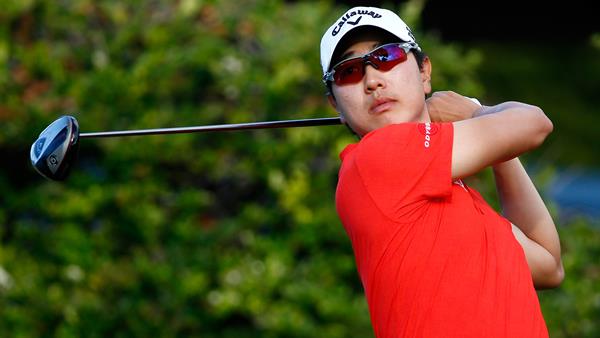 HONOLULU – Sang-Moon Bae got off to a great start in pristine conditions along the shores of Oahu. Chris Kirk had an ideal finish.

They were together all Thursday morning, playing in the same group at the Sony Open and taking the top two spots on the leaderboard. Bae played bogey-free for a 7-under 63. Kirk shot 29 on the back nine at Waialae, including an eagle on the last hole, for a 64.

They were among the early starters in the first full-field event of the year on the PGA Tour, and they took advantage of a gorgeous day.

David Hearn was the leading Canadian when opening-round play concluded Thursday. Hearn is tied for 25th at 2-under par 68. Brad Fritsch opened with a 69 and is tied for 48th. Despite an eagle on the 18th hole, Mike Weir struggled to a 73 and is tied for 118th.