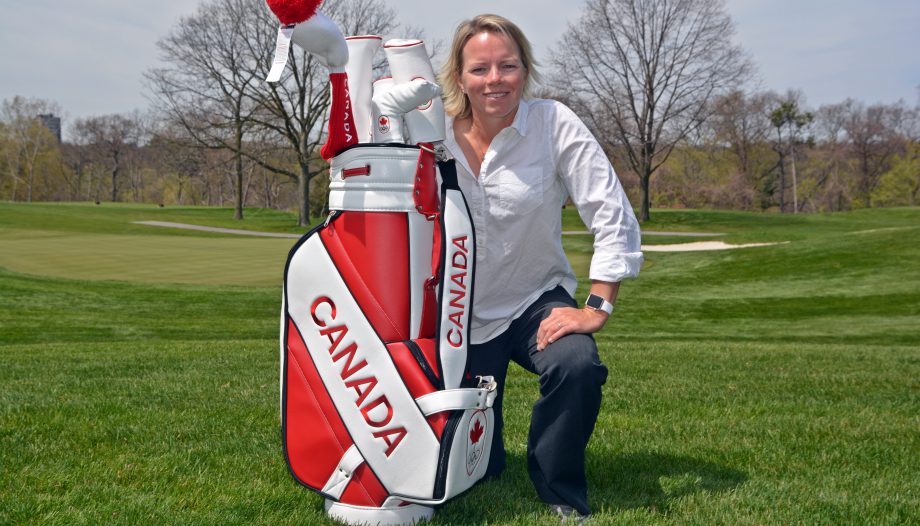 TORONTO – Alena Sharp tried not to think about the Rio Olympics last year when she was among a pack of players in the mix for one of two spots on the Canadian women’s team.

Since then she has raised her game and her ranking, making herself a virtual lock to be named to the squad this summer along with world No. 5 Brooke Henderson.

“I just kept on it and played really well last year and distanced myself,” Sharp said.

Sharp is off to a decent start again this year, posting her best result of the season last week at the Yokohama Tire LPGA Classic with a tie for 22nd place. She’s currently 121st in the world rankings but holds the No. 37 position in the Olympic rankings of eligible golfers for the 60-player field.

Sharp’s excitement level about the Games has been on a steady rise of late, stoked by her steady play and the regular Olympic commercials she sees on television. She was on hand Wednesday at Lambton Golf and Country Club as Golf Canada unveiled the national team uniforms for the Rio Games.

“It’s just more of a realization,” Sharp said. “To represent Canada and wear the red and white and to see these uniforms today, it’s an amazing dream that’s going to come true.”

Sharp’s game appears well-suited for the Olympic Golf Course in Rio’s Barra da Tijuca district. The 18-hole course will be 6,500 yards for the Aug. 17-20 women’s competition, which should give a big hitter like Sharp an edge.

“She’s been one of the longer players for a long time,” said Canadian women’s team coach Tristan Mullally. “It’s a golf course that will require some precision off the tee but you’ve also got to be long enough to give yourself chances. The par fives are long and the par fours, you’re going to be hitting a long fairway wood in. So that gives her an advantage. It’s certainly going to be super-windy.

“We’ve worked with her game over the last nine months (to a year) _ not necessarily for the wind, but just in general _ (to) try to be a little more solid and have some more variety with shots. That’s going to play when it is windy.”

Sharp plans to take next week off before playing in eight tournaments in a row, capped by the Women’s British Open near London in late July. The windy conditions there should help ahead of Rio as well.

“I’ve done well in the wind this year and in the past I haven’t,” she said. “So I already see my game suiting it.”

Sharp is 25th on the LPGA Tour in driving distance with an average of 265.56 yards.

“I think looking ahead she’s starting to see how good her game is,” Mullally said. “She’s almost been under-achieving up until now.

“I’m excited to see where she goes.”

Sharp and Henderson – who’s expected to be a medal contender – essentially have the women’s spots nailed down. The two men’s spots could go down to the wire in early July with several players in the mix.

“To go there and do well and to possibly win a medal, that would be something that would be huge on my bucket list and obviously one of the biggest accomplishments I could probably ever have.”