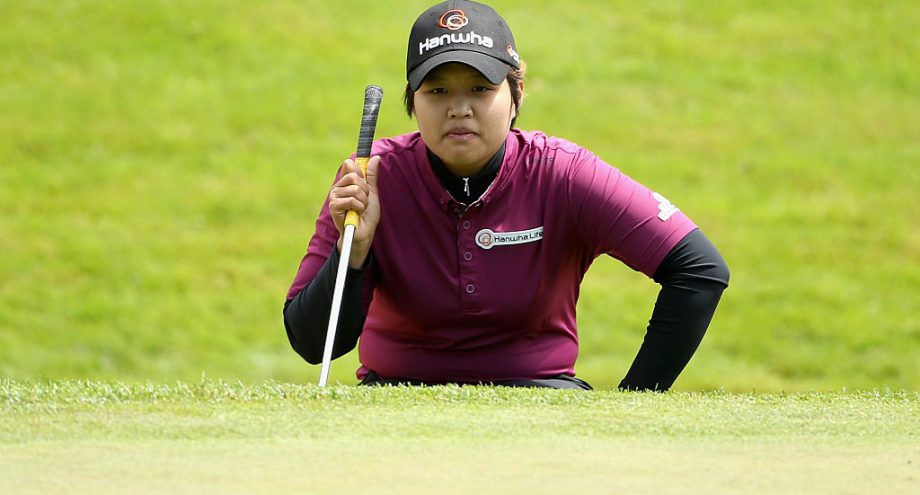 DALY CITY, Calif. – Haru Nomura shot a 2-under 70 in windy conditions Friday at Lake Merced to take the second-round lead in the Swinging Skirts LPGA Classic.

The 23-year-old Japanese player had a 9-under 135 total for a three-stroke lead over South Koreans So Yeon Ryu and Na Yeon Choi and Australia’s Minjee Lee.

“Today very windy, so I thought today’s best score even par,” Nomura said. “So, I keep my patience, so I’m so relaxed, and a couple putts go in.”

She opened with 11 straight pars, then made 15-foot birdie putts on the par-3 12th and par-4 13th. She dropped a stroke on the par-4 16th after driving into the right rough and short-siding herself in the left greenside bunker, and rebounded with a birdie on the par-4 17th.

“I will try and keep the patience this weekend,” Nomura said.

Ko was four strokes back at 5 under after a 71. The two-time defending champion birdied three of the first three holes, but bogeyed two of the last four.

“I knew with the wind getting up, I knew it would be tough,” Ko said. “Just seeing yesterday afternoon’s scores, I saw that the back nine played quite tough yesterday, and it kind of played the same. I don’t think it was because the holes are particularly more difficult. I think the fairways are a little tighter, so if you miss them, you’re having a tough time trying to scramble for par.”

Set to turn 19 on Sunday, the New Zealander already has two victories in California this year, winning the Kia Classic and ANA Inspiration – the first major of the year – in consecutive weeks.

Ryu, the first-round leader after a tournament-record 63, bogeyed four of her first five holes in rain and wind and finished with a 75.

“The weather was pretty bad until the sixth hole,” Ryu said. “It was like really strong wind and rain. Also the wind direction just keep changing, so it was really hard to judge where is the wind coming from.”

The 19-year-old Lee followed her opening 73 with a bogey-free 65 in calmer morning conditions.

“I just took advantage of the opportunities I had,” Lee said. “I just stayed patient. If I made a mistake, I tried to make up-and-downs, and I did today. Just chipped and putted well today.”

“A lot of bogeys out there, but I tried to hang in there until the last hole,” Choi said. “I didn’t give up.”

American Gerina Piller also was 5 under after a 71.

Brooke Henderson was tied for 16th at 2 under after her second straight 71. The 18-year-old Canadian has seven straight top-10 finishes.

Fifty-five-year-old Juli Inkster also was 4 under in home event, shooting her second 74. Fellow area star Paula Creamer dropped out, following an opening 72 with a 78.