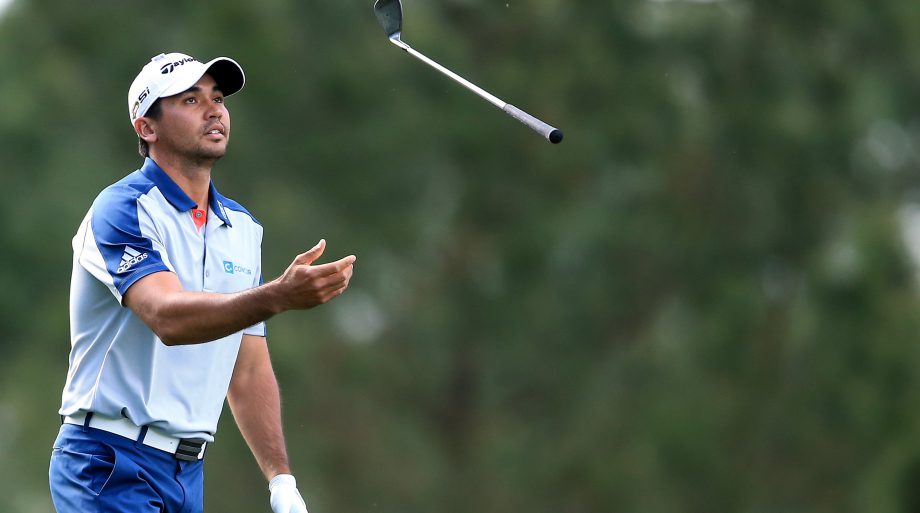 Had any of those holes gone better, golf’s Big Three would all be on the first page of the Masters leaderboard.

But Day went bogey-triple bogey-bogey on those three holes, dropping five shots down the stretch to finish the day at even-par 72.

That’s six behind the leader, second-ranked Jordan Spieth, and four in back of No. 3 Rory McIlroy, who finished at 2 under, in a tie for ninth.

“I felt I played some really good golf going up until then,” said Day, who won the PGA Championship last year and is currently atop the world ranking. “I was at 5-under par. But if you get yourself out of position here at this course, it’s very difficult to salvage par.”

Here’s what “out of position” looked like with the wind whipping around the back nine:

– On the par-5 15th, Day laid up and gave himself an awkward yardage for his pitch across the pond. He ended up easing up on a 52-degree wedge from 83 yards and pushing it right, above the hole, then three-putted for bogey.

– On the par-3 16th, he was trying to tuck a shot onto the small slice of green between the water and the hole, which was positioned in the centre left. “I just pulled it a little to the left,” and into the water, he said. After the penalty, not wanting to make that mistake again, he hit his third shot to the right. That forced him to hit a 40-foot putt on a 90-degree angle away from the hole, hoping to work it down the slope and near the cup; very hard to get down in two, and he didn’t.

– On 17, he yanked his tee shot under trees on the left, punched out to the right of the green and couldn’t get up and down to save par.

Thanks to an eagle 3 on the par-5 second and a birdie on No. 8, Day finished the front in 31. That 41 on the back brought made it an even-par round that was anything but ordinary.

“If I’d shot 41 on the front and 31 on the back side, I’d be celebrating,” he said. “It’s just a number. I’ve just got to understand that the next two days are going to be really difficult, with the wind conditions.”

The breezes are expected in the 15 mph range the next two days. That, in Day’s view, means nobody will run away with the tournament.

His job: Stay patient and stick around. Which, he said, shouldn’t be that hard.

“I’m not frustrated with how it all unfolded at the end,” Day said. “I’m not saying I don’t care. I can’t dwell on the past. I just have to keep fighting.”