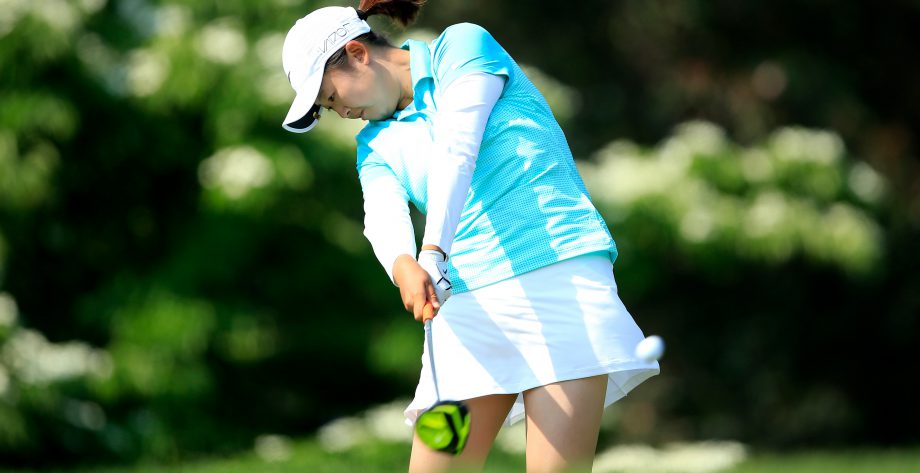 DAYTONA BEACH, Fla. – For the third consecutive night, Simin Feng (Beijing, China) will sleep on the lead at the Final Stage of LPGA Qualifying Tournament. After a bogey at the 17th hole, Feng finished with an exclamation point, an eagle at the 18th, to take the outright lead heading into the weekend.

“It’s a great feeling to play good early,” Feng said. “It feels great to be in the lead but there’s still two more days to go and many more holes to come so I just have to keep going.”

Feng, who finished in a tie for sixth at Final Stage of Qualifying Tournament in 2014 to earn her LPGA Tour card, sits at 12-under for the tournament to lead Cydney Clanton (Concord, N.C.) by two-shots.

“I kind of tried to tweak my practice a little bit before this tournament,” Feng said. “I decided to focus on my wedge game and the scoring part of the game which has really helped me here. I’ve been able to save some shots and make some birdies on par-5s.”

The new approach was keyed by Feng’s father who noticed some holes in his daughter’s game during LPGA and LET tournament rounds in China.

“My dad helped me with planning the practice a little bit before I came down here,” Feng explained. “He saw some weaknesses during my tournaments with the LPGA and LET in China. He made some suggestions to work and it turned out to be pretty good. I just need to keep it going and keep it as simple as possible. It will make life a lot easier if I can.”

Feng was the 2014 SEC Freshman of the Year at Vanderbilt before turning professional.

The top 20 players following fifth round play on Sunday will earn LPGA membership in category 12 on the priority list. There are currently 17 players at 4-under, 212, or better and eight players in a tie for 18th at 3-under, 213.

Of the 13 players T8 or better, six have had LPGA Tour status in the past including the top three and Canada’s Maude-Aimee LeBlanc (T8). Of the remaining seven, four are 20 years old or under.