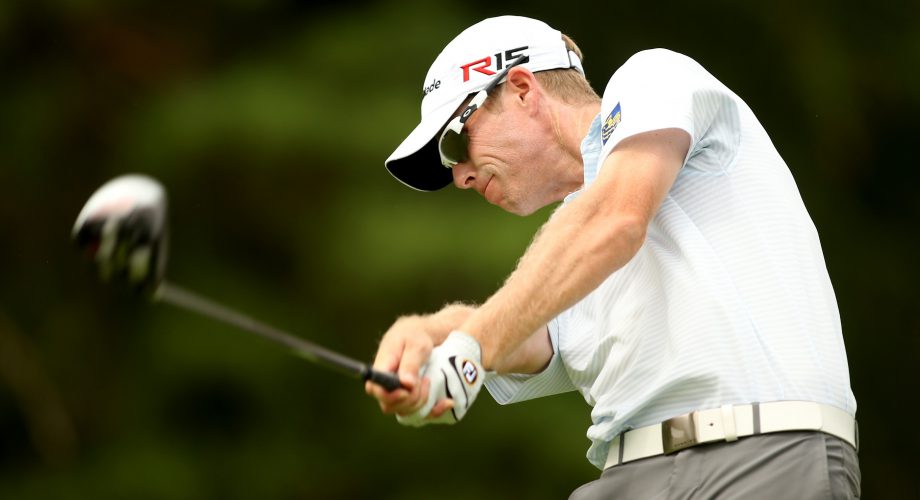 David Hearn’s confidence is at an all-time high.

Hearn, from Brantford, Ont., finished second after a four-man playoff at the Greenbrier Classic on Sunday, the closest he’s ever been to a win on the PGA Tour. That momentum could not be better timed as he heads in to this week’s John Deere Classic, followed by the British Open and the RBC Canadian Open.

“I’ve felt like all year it’s been a lot closer than my results have been showing,” said Hearn on Tuesday. “Obviously, putting together a nice result like that will give me lots of confidence going forward. I’m doing the right things.

Prior to the playoff at the Greenbrier, Hearn’s best performance this season was a tie for sixth at the Zurich Classic on April 23. His previous best result on the PGA Tour was at the 2013 John Deere where he also tied for second after a playoff.

Hearn won US$500,267 at the Greenbrier after making bogey on the par-five 17th in the playoff at the Old White TPC, while eventual winner Danny Lee reached the green in three shots and two-putted from across the green for par. Hearn had birdied on No. 17 in regulation to join the playoff. That performance qualified him for the British Open on July 16.

He believes that experiencing the pressure of a playoff scenario will help his game evolve.

“When you get in contention, you get that feeling in your body, and you learn how that adrenalin works and how to handle it in those situations,” said Hearn. “That’s the type of thing that I’m going to be able to draw on going forward. The next time I get in that situation I’ll know what’s happening and how my body’s reacting and how to handle it.”

Hearn will have plenty of opportunities to deal with pressure as he handles a busy mid-summer schedule.

He played in the RBC Canada Cup on Monday in Halifax and will return to the familiar John Deere Classic this week. He will fly out to St. Andrew’s, Scotland, on Monday for the British Open and then return to North America for the RBC Canadian Open at Glen Abbey Golf Course in Oakville, Ont., the following week.

“Any tournament that I’m in I want to put my best foot forward and give myself a chance to win it,” said Hearn. “Right now it will be about taking a little bit more time off to rest.

“A little bit of down time will help me recuperate mentally and physically. I want to be competitive in each of my three upcoming events.”

That rest usually means taking his mind of golf and watching movies or spending time with his family if they travel with him.

Hearn’s professional commitments have kept him from competing at the Pan Am Games in Toronto, which tees off on July 16, the same day that the British Open begins.

However, he’ll be keeping a keen eye on how Canada’s team of Charlottetown’s Lorie Kane, Garrett Rank of Elmira, Ont., and Austin Connelly, a dual citizen who lives in Irving, Texas, will perform.