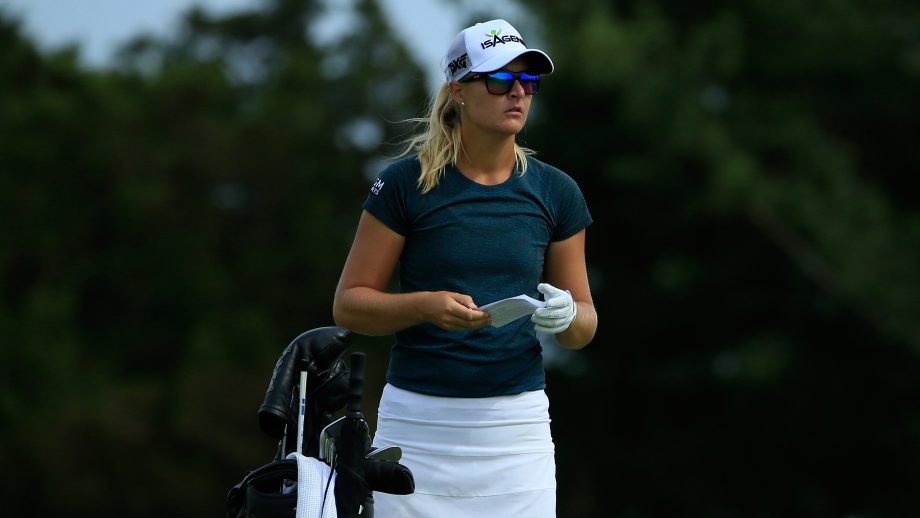 GALLOWAY, N.J. – Two-time champion Anna Nordqvist shot a 5-under 66 on Friday for a share of the first-round lead with Laura Diaz and Celine Herbin in the ShopRite LPGA Classic.

Nordqvist won the 54-hole event in 2015 and 2016 on Stockton Seaview’s Bay Course and finished second last year. Teeing off Friday in the afternoon when the wind was stronger, the 30-year-old Swede closed her bogey-free round with a birdie on the par-5 ninth.

“Honestly, I have a lot of good memories from here,” Nordqvist said. “It’s a place that makes me happy. I seemed to be striking the ball better today than for most of the year, so I was very consistent, gave myself a lot of chances. I was trying to stay patient out there and I’m very happy to post a good round.”

Brittany Marchand (69) of Orangeville, Ont., was the low Canadian was tied for 28th at 2 under, while Maude-Aimee Leblanc (70) of Sherbrooke, Que., was tied for 49th at 1 under. Quebec City’s Anne-Catherine Tanguay and Brooke Henderson of Smiths Falls, Ont., were tied for 66th after shooting identical even-par 71s.

The eight-time LPGA Tour winner is seeking her ninth career victory, has missed the cut in three of her last five events. She is currently 54th on the LPGA money list with more than $132,000 in earnings.

The 43-year-old Diaz made the field as an alternate. She played in the morning when the greens were smoother and the wind more benign and carded five birdies.

Her 12-year-old son, Cooper, was on the bag for her first competitive LPGA Tour round of the year.

“It’s more special because I have my son with me,” Diaz said. “It was great. He wasn’t nervous. He was perfect. So it’s a calming influence. I think I spent more time worrying about him.”

Shanshan Feng, at No. 4 the top-ranked player in the field, shot 69.

Leona Maguire, the former Duke star from Ireland, had a 69 in pro debut.