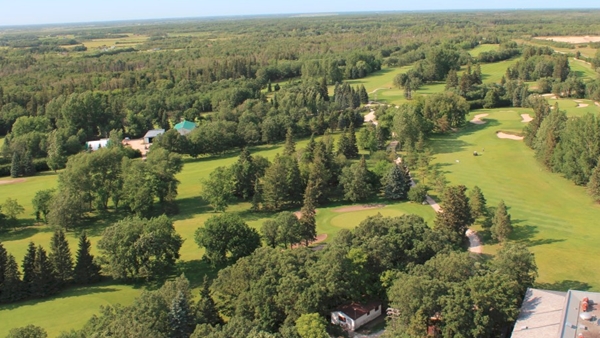 “We are thrilled to bring another national championship back to Winnipeg,” said Adam Helmer, Tournament Director. “The field is very strong this year and both golf courses will certainly challenge some of the world’s top amateur players this week.”

The 240-player field is led this year by Team Canada’s Corey Conners of Listowel, Ont., alongside his teammates, Taylor Pendrith of Richmond Hill, Ont., Adam Svensson of Surrey, B.C. and Chris Hemmerich of Kitchener, Ont., who all ranked inside the Top-100 on the World Amateur Golf rankings. Garrett Rank of Elmira, Ont. sits narrowly outside at No. 109.

A recent graduate of the Kent State University Golden Flashes, Conners is the field’s highest ranked Canadian at No. 33 in world. In 2013, Conners finished runner-up at the Canadian Men’s Amateur Championship in Victoria and was a semi-finalist at the U.S. Men’s Amateur Championship. His teammate Pendrith recently finished T43 at the RBC Canadian Open and also captured the prestigious Monroe Invitational in June.

Ranked inside the Top-55 in the world, California’s Rico Hoey (No. 27) and Lee McCoy (No. 53) of New Pork Richey, Fla., will also vie for the historic Earl Grey Trophy.

“Everyone at Elmhurst has been looking forward to hosting the Canadian Men’s Amateur as part of our centennial celebrations,” said Dave McMillan, Director of Golf Operations at Elmhurst. “The members have rallied around this championship and we’re working really hard to make this a memorable experience for everyone involved.”

Additionally, teams will compete for the Willingdon Cup that will take place in conjunction with the first two rounds, with three-member teams competing towards an overall team total. Team British Columbia captured the title in 2013, finishing one-strokes ahead of Team Ontario. This year Team Yukon and Team Northwest Territories will also be competing in the competition.

The final spots (minimum of five) into the field will be determined at the Canadian Men’s Amateur Qualifier on Friday, August 1. Pairings and start times for the qualifier can be found here.

After the first two rounds the field will be reduced to the low 70 players and ties for the final 36 holes of the championship finishing on Thursday, August 7 at Elmhurst Golf and Country Club. In addition, admission is free to all spectators throughout the week.

For a full field list as well as starting times, live scoring and post-round results for the 110th playing of the Canadian Men’s Amateur Championship, click here.