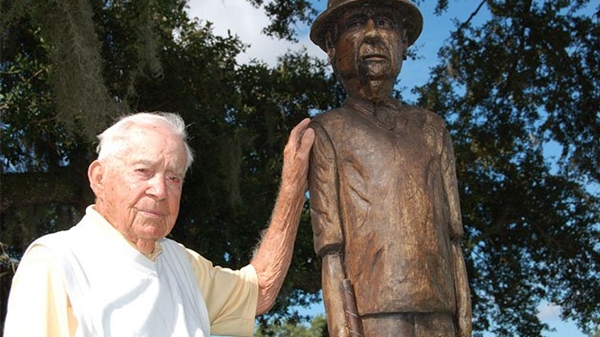 A 103-year-old Florida golfer has made history, becoming the oldest known person to record a hole-in-one.

Gus Andreone, a member of the PGA of America, achieved his special feat December 17th, 2014 at the Palm Aire Country Club in Sarasota.

His friends watched in disbelief as his drive on the 113-yard 14th hole on the Lakes Course rolled into the cup.

“I always hit the ball short with the driver and it rolls up on the green,” he told MyFox Tampa Bay.

The PGA of America said it is likely Andreone is the oldest person to ever sink a hole-in-one. The association’s website said the apparent previous record holder was Elsie McLean who aced a hole in 2007 when she was 102.

Andreone plays golf three times a week. He recorded his first hole-in-one 75 years ago. He now has done it eight times and looks forward to doing it again.