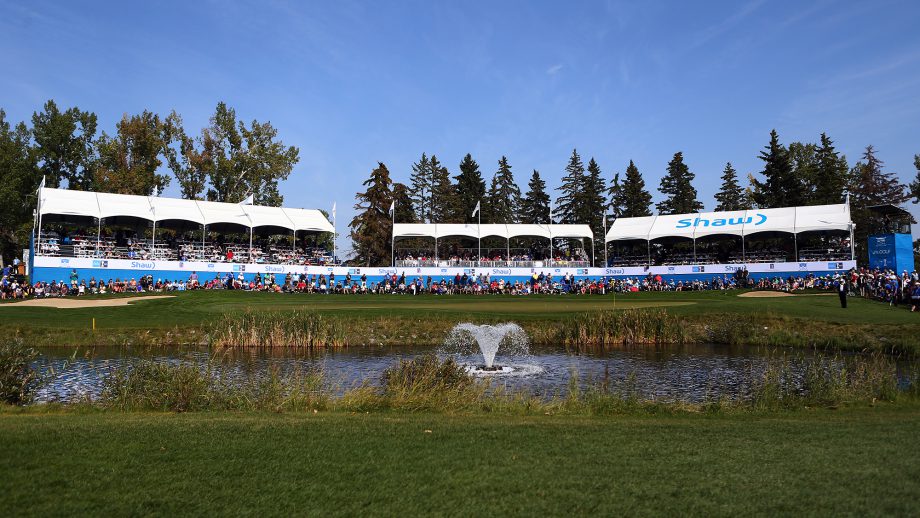 CALGARY—The Shaw Charity Classic presented by Suncor is kicking off the nation’s birthday celebrations by announcing the two Canadians on the PGA TOUR Champions, along with four of golf’s greats who are also Canadian Open winners, will be back in Calgary this summer.

Canada’s Mike Weir and Stephen Ames will be joined by World Golf Hall of Fame members, Vijay Singh and Mark O’Meara, along with Billy Andrade and Scott Verplank at the Shaw Charity Classic, August 1-7.

“It’s always good to get back up and play in Canada. I had a chance to play last year and the golf course was very good. Whenever we play the RBC Canadian Open, or here, and then back in the day at the Air Canada Championship, the fans have always been just so wonderful to me and rallied behind me. Having that kind of support and the crowd cheering for you like that is incredible,” said Weir. “I’m still motivated and I still like to push myself. I’d love to be in contention and try to win again.”

The 52-year-old gave Calgary golf fans something to cheer about in the opening round of his Shaw Charity Classic debut last year where he was one-shot off the lead.

Life has been good on the PGA TOUR Champions for the 2003 Masters champion and winner of eight events on the PGA TOUR. Since turning 50 two years ago, the five-time member of the International squad at the Presidents Cup has been a frontrunner on the senior circuit with multiple top-five finishes including his lone victory at the 2021 Insperity Invitational.

Fellow Canadian Stephen Ames — one of the key players behind bringing the Shaw Charity Classic presented by Suncor to Calgary — has confirmed he will tee it up for the eighth time in his own backyard at Canyon Meadows Golf and Country Club.

The former Calgary resident is coming into this year’s event on a hot streak, and sits fourth on the Charles Schwab Cup Money List thanks to his five top-10 finishes this season including a second-place finish at the Senior PGA Championship. The 57-year-old, who was one shot back of the leaders heading into Sunday’s final round one year ago, had his best finish at the Shaw Charity Classic in 2015 when he was T5.

The four-time winner on the PGA TOUR is part of a seven-person philanthropic Patron Group backing the award-winning tournament in Calgary since its inception in 2013. To date, the Shaw Charity Classic presented by Suncor has raised more than $76 million for youth-based charities in Alberta – largely through the tournament’s Shaw Birdies for Kids presented by AltaLink charitable program.

“Many of us worked very hard to bring an event of this calibre to this market,” said Ames. “One thing that never leaves any of us on this Tour is that we still want to play well so it has been nice for me to be able to be doing that again this year. The real winner of the event is obviously going to be the charities again, and that’s what the tournament was made for, more than anything else.”

Calgarians will also have an opportunity to watch four former RBC Canadian Open winners tee it up at Canyon Meadows Golf and Country Club, including Vijay Singh. The 59-year-old Fijian has won 63 times worldwide including 34 wins on the PGA TOUR, 13 European Tour titles and five victories on the Asian Tour.

Singh was the World Number 1 for 32 weeks between 2004 and 2005. He racked up 13 of his PGA TOUR victories during that two-year period — none more memorable for golf fans north of the border than when he topped Canada’s Mike Weir in a dramatic playoff duel at the Canadian Open, denying fans a celebration they had been waiting to have for 50 years. Capturing more wins than anyone after the age of 40, the “Big Fijian” has three Major titles throughout his illustrious career. He won the 2004 and 1998 PGA Championships, and put on a Green Jacket after winning the 2000 Masters.

“I have fond memories of playing in Canada. The fans share my passion for the game and have always treated me with great respect. I am excited to have the opportunity to try and win another title up north,” said Singh, who won the 2008 FedEx Cup and has played on eight President Cup Teams for the International squad.

Mark O’Meara, who won the 1995 Canadian Open before capturing his two majors by winning the 1998 British Open, just three months after claiming the Masters, has also added his name to the Shaw Charity Classic tee sheet. One of five World Golf Hall of Famers confirmed to battle it out at Canyon Meadows Golf and Country Club, O’Meara is a 16-time winner on the PGA TOUR.

“Calgary and the Shaw Charity Classic is obviously one of the best on Tour. It is a wonderful place, an incredible city. I love the golf course. I love the Rockies and I’m a huge fisherman. Floating the Bow River is a beautiful experience so I can’t wait to get back to Calgary for both the golf and to get back onto the Bow again,” said O’Meara, who also has two PGA TOUR Champions victories.

O’Meara will be joined by two other golf legends who have a special place in their hearts for Canada – Billy Andrade and Scott Verplank.

Andrade fired his way into the winner’s circle four times on the PGA TOUR. One of his triumphs came in Canada after a thrilling playoff against Bob Friend at the 1998 Canadian Open. He came up on the short end of a thrilling head-to-head playoff with Fred Couples at the 2014 Shaw Charity Classic that ended on the first extra hole. Both players made eagles on the 54th hole to finish in a tie.

“I have always enjoyed coming to Canada to play the Open and obviously have fond memories of winning,” said Andrade. “I remember I hadn’t won in a while in 1998, and when that happens, sometimes you wonder if you’ll ever win again, but that day I had a good feeling and kept telling myself ‘I’m going to win.’ It is very difficult to win on the PGA TOUR Champions with so many great players in the field. Hopefully some of those good vibes will return in Calgary.”

“Canada has been a good country for me over the years. I have great memories of winning the Canadian Open so I’m excited about playing in Calgary,” said Verplank, who was elgible to play the PGA TOUR Champions with Andrade in 2014.